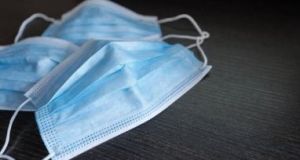 The Irish company had last month agreed a deal with a Chinese firm to buy machinery that could be used in the manufacture of PPE for the HSE. File photograph: Getty

An Irish company was tricked with fake invoices into sending a $74,600 (€65,800) deposit to fraudsters for a machine to produce personal protection equipment (PPE) it was buying from China.

The money was recovered by the Garda but only after it had been paid out. The Irish firm’s bank notified it two weeks later of the fraud.

The Irish company had last month agreed a deal with a Chinese firm to buy machinery that could be used in the manufacture of PPE for the HSE.

The firm performed due diligence on the supplier in China and satisfied itself the outfit was genuine and reputable. It was then agreed that a portion of the total price of the machinery would be paid as a deposit.

However, the Irish company then received emails from a fraudster who presented themselves as the Chinese supplier.

An invoice was sent, with bank account details for the money to be transferred, and the Irish company made a transfer of $74,600 on May 27th. Almost two weeks later, on Monday, June 8th, the Irish company was contacted by its bank and notified the transaction was fraudulent.

The company contacted gardaí in Waterford. With the assistance of the Garda National Economic Crime Bureau, the money was recovered and lodged back into the company’s bank account.

Garda Headquarters has released details of the case and urged businesses to report any similar incidents to the force. It has stressed that urgent action was required as money could often be moved out of reach very quickly.

“Even if the fraud has not been successful, it is possible that the bogus account is being used for other incidents of this nature and reporting it may prevent further incidents of fraud,” the Garda said in a statement.

Senior Garda sources were concerned that organised crime groups, especially international groups operating online, would use the global pandemic as an opportunity for often lucrative frauds. In some cases, fraudsters were harvesting information about companies, their staff and clients from associated social media accounts in the Republic.

When contacting their intended victims by email, they often pepper their messages with information gleaned on victims to pass themselves off as a client or supplier. In other cases, people contact a company’s junior members of staff claiming to be the chief executive and requesting that bank transfers be made immediately to other accounts, with account details supplied.

They often offer an apparently credible reason for requesting a transfer of funds, and in some cases the sums can be relatively small. Irish companies have in some instances had hundreds of thousands of euro stolen in single transactions.