Hundreds of drink-driving cases struck out due to dismissed appeal

Up to 1,000 cases adjourned pending ruling on challenge over breath tests statements 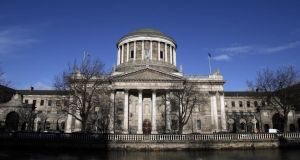 A “considerable number” of drink-driving cases have already been struck out as a result of a challenge by a man who argued he could not be prosecuted because he had not been supplied with a breath alcohol statement in Irish as well as in English.

The defendant, a Romanian national, had originally won his challenge in the District Court and the High Court but lost in the Court of Appeal. He brought the case to the Supreme Court, which on Wednesday dismissed his appeal for the last time.

The defendant, Mihai Avadenei, was allegedly caught driving at 80km/h in a 50km/h zone in the early hours of April 21st, 2014.

It is thought up to 1,000 drink-driving cases have been adjourned pending the court’s final ruling. Most of these cases will now proceed as normal.

However, according to four District Court solicitors from around the country, a “significant minority” of cases, believed to number in the low hundreds, have already been struck out – meaning the drivers escaped any punishment.

“Judges got a bit annoyed that this [ruling] was taking so long. First the Court of Appeal and then the Supreme Court decision which took an inordinate amount of time. It basically came down to pissed off judges and the defence solicitors weren’t complaining,” said one Mayo solicitor.

Cork solicitor Frank Buttimer said: “Most cases affected by the original decision have been adjourned from time to time pending the decision. They will now be reactivated and proceed through the courts in the ordinary way.

“But a considerable number have been struck out.”