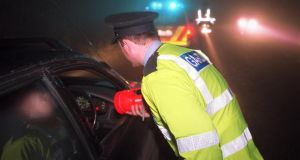 After two reports, much political hand wringing and a sharp fracture in relations between rank and file officers and Garda management, one stark lesson emerges from the breath-tests debacle: senior gardaí did not identify the problem for years.

And when they did, they did not tell immediately tell the Policing Authority.

Such has been the scale of controversy surrounding the force this year the lines between the different issues have blurred.

Yet the sheer scale of the breath-test inflation to the heart of the challenges facing the next Garda commissioner. The debacle was a direct affront to the reform agenda championed by the then Garda commissioner Nóirín O’Sullivan.

The scale remains hard to comprehend.

After two detailed reports it has emerged that up to 1.9 million of the 3.5 million breath tests recorded on the Garda Pulse system over seven years to 2017 never took place.

One of the interesting aspects is why it took so long for the issue to emerge?

The miracle of steadily rising breath-test productivity, at a time when the number of officers was being cut, squeezed overtime budgets, and reduced frontline supervision, was unquestioned by the Garda management or the Department of Justice, a report carried out for the Policing Authority found.

Concerns raised publicly by the former Road Safety Authority chair Gay Byrne, who in 2014 complained about the lack of visible policing in relation to drink driving, were shouted down.

When the problem did finally emerge it was because the rising number of breathtests being recorded on the Garda Pulse system simply could no longer be reconciled with the number of single use breathtest mouthpieces being ordered.

The concern prompted an internal Garda audit and in February, a report in The Irish Times highlighted significant concerns over the accuracy of the published breath-test data.

Three days later Policing Authority chair Josephine Feehily at a public meeting with the Garda commissioner, made clear her disappointment that she and her colleagues had not been informed of the Garda audit into the discrepancy in the breath-testing figures.

At the end of March gardaí issued a detailed statement that said instead of 2 million breathtests being carried out between 2012 and 2016, the correct figure was 1 million.

The then Commissioner Nóirín O’Sullivan said gardaí may have “deliberately” recorded incorrect figures on breath tests that did not in fact happen, prompting a furious reaction from Garda representative bodies.

Two further reports followed. The first, an internal Garda audit, carried out by Assistant Commissioner Michael O’Sullivan, discovered the problem was significantly worse than reported and found members of the force wrongly claimed to have breath-tested an extra 1.5 million drivers over a seven-year period.

This was followed by the Crowe Horwath report, carried out on behalf of the Policing Authority, which found that in addition to the 1.5 million inflated tests, there were probably another 400,000 that never happened.

Crowe Horwath said the problems identified were endemic, dishonest, unethical and an insight into what happens when no one is watching.

Rates of inflation varied wildly: The Tipperary Garda Division had highest recorded inflation at 385 per cent while Kerry had an over-reporting rate of 9 per cent, the lowest.

Crowe Horwath found good practice but every one of the 28 Garda division reported a higher number of breath-tests than were conducted.

The issue caused significant friction in the force.

Rank and file officers felt they were being blamed unfairly and had faced intentional or inadvertent pressure to inflate breath-tests numbers.

Middle ranking officers felt they were being scapegoated for poorly thought out procedures and weak guidance from senior officers.

Given we now know the scale of the problem and some of the causes, what happens next?

Acting Garda Commissioner Donall Ó Cualáin told the Policing Authority no disciplinary action will be taken against any members of the force because no criminal behaviour had been identified. He said to pursue disciplinary action would take a lot of time and money. The Policing Authority has noted this approach but said it did not necessarily agree.

Instead Mr Ó Cualáin said he would write to the chief superintendents in charge of the 28 Garda divisions around the country to warn them any repeat of the inflated and poorly-kept data would be regarded as a serious disciplinary issue and could lead to their possible dismissal from the Garda.

Politically, the Government appears unwilling to press for disciplinary action either. Minister for Justice Charlie Flanagan promised “all appropriate action”. But in a statement to The Irish Times last week his spokesman said the “Minister does not have a direct role in disciplining gardaí”.

So if no disciplinary process is likely, has it all been for naught?

One of the most striking findings to emerge is the lack of value attached to the quality of data generated by front line gardaí.

Acting Garda Commissioner Dónall Ó Cualáin admitted as such when he said in relation to the breath test debacle that a “sloppy and lazy approach was made worse by a lack of appreciation of the value of data”.

In his report Assistant Commissioner O’Sullivan highlighted the cumbersome process for recording breath-tests and said no emphasis was placed on “the importance of accurately recording breath test data”.

While this approach may avoid a repeat of a large scale reporting failure, it ignores the fact the Garda has had repeated problems with the quality of its information.

Three years ago the Garda Inspectorate pointed out that crime figures were being massaged to portray lower numbers of offences and to inflate detection rates.

Most organisations are reliant on good data to make effective decisions. The Garda is no different.

Whether the force likes it or not, the volume and nature of interactions by gardaí with residents of this State means it is now in the data business.

The force, under its new commissioner, needs to adapt to this new reality, prioritise the most important data and develop systems to collect and report this information accurately.