Locked up in St Patrick’s on Dublin's North Circular Road from 1973 to 1976, artist and politician Mannix Flynn describes it as part of the “gulag of Irish institutions” that processed generations of Irish children. This week the prison closes its doors. 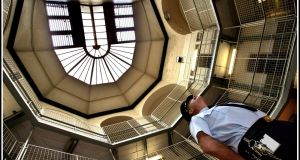 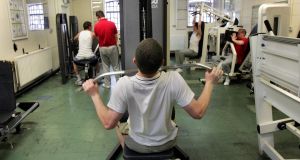 For years there have been demands for St Patrick’s Institution to close its doors. Drawing heavy criticism both domestically and abroad, its decommissioning this week will be welcome but the long delay in bringing it about will form part of a grim legacy.

Concerns over conditions at the antiquated Victorian prison ranged from the placing of children in an adult prison environment, drug taking, inadequate education, bullying and violence, boredom and the psychological and physical toll life there could take on prisoners.

In 1985 the Whitaker Committee’s examination of the Irish penal system said St Patrick’s should close. But more than two decades later, children continued to arrive at its gates in the grounds of Mountjoy Prison.

Its own chaplains described it as a “monument to the failure of our State”, a “blot on our nation”.

These comments were noted by the Ombudsman for Children’s Office which, in a 2011 report, said that “taken together, the criticisms levelled at the institution from diverse quarters during the years . . . touch on almost every aspect of provisions in the institution”.

Former Children’s Ombudsman and now Chief Commissioner of the Irish Human Rights and Equality Commission Emily Logan said Friday’s formal closure marked a welcome end to the custodial model and treatment of children in conflict with the law.

“Deprivation of liberty is a punishment in itself and the move to a care environment will bring Ireland in line with international human rights standards, a move that will benefit children, families and society more generally,” she said.

St Patrick’s began its life in Clonmel in 1904, moving to its Dublin home in 1956, where it catered for male prisoners between the ages of 16 and 21. In its later years it held more than 200, dressed in issue clothing of grey tracksuit bottoms and T-shirts.

Today, it is just a remand facility with a small number of inmates trickling through.

However, on foot of government undertakings in 2011, Minister for Justice Frances Fitzgerald has begun relevant sections of the Prison Act 2015, fully closing the institution with effect from Friday, April 7th. It will be subsumed into Mountjoy Prison and, in future, all minors sentenced to custody will be sent to the children’s detention facility at Oberstown, Lusk, north Co Dublin.

Domestic opposition was also widespread. In 2012, then Inspector of Prisons the late Judge Michael Reilly said ending the practice of detaining children in St Patrick’s was a matter of urgency in a damning report regarded as a major catalyst for change.

In an extensive investigation of the facility, based on numerous visits and interviews with prisoners, officers and management, Judge Reilly outlined widespread concerns.

He looked at the use of “safety observation” cells, or isolation when prisoners are considered a danger to themselves, and where they would be required to remove clothing which could be used to cause harm.

Many of the prisoners, he noted, had at some stage in their lives been the victims of physical or sexual abuse and the act of being made to undress was “degrading and a form of punishment, intimidation and abuse”.

In 2011, the prison gained the ignominious position of becoming Ireland’s most violent with one-quarter of its population on 23-hour lock-up, according to the Irish Penal Reform Trust (IPRT). It cost the State €70,000 a year to house a single inmate.

During April and March of 2012, Judge Reilly said of 28 complaints made by prisoners, 13 related to alleged assaults by officers. In the majority of cases, he found “the investigations carried out were flawed [and] incomplete”. A review of all complaints over a 12-month period found none to be upheld by management.

“Prisoners are actively discouraged from making complaints and when they do, efforts, mostly successful, are made to get them to withdraw such complaints,” he noted.

A small minority of officers “by their physical and other actions, intimidate and instil fear into prisoners [both children and young adults] and, in particular, into those who could be classed as the most vulnerable. They bully prisoners,” he wrote.

There was evidence that reasonable queries about day-to-day life raised by prisoners could be met with indifference by staff; that call bells and lights activated from inside cells for assistance could be ignored for “considerable periods”; that prisoners could be on 23-hour protection lock-up, cut off from access to teachers, addiction services or other important aspects of daily life.

“I met a prisoner from Cork who was over 18 years of age. It was his first time in prison,” he wrote. “He was on 23-hour lock-up and did not know why. He stated that the only person who he spoke to each day was the dinner guard who gave him his dinner. He only got a visit once a month. He was afraid.”

Another prisoner had been locked up “on protection from everybody in the prison” and had been in a secure unit for two months.

“I met a child on B Wing who was on 23-hour lock-up. This child was quite fragile. He explained to me that he was now talking to himself.”

In a bleak summary, Judge Reilly said locking away 16- and 17-year-old children for 23 hours a day “offends against all that should be expected of a civilised society in the 21st century”.

He was clearly not alone. Dr Geoffrey Shannon, special rapporteur on child protection, raised the conditions at St Patrick’s consistently over a period of years.

He told The Irish Times more community-based sanctions should be employed by the State in place of custodial sentences, something he feels bring a “downward, irreversible spiral” to the lives of teenagers.

“It was a grievous breach of the rights of children,” he said of the institution, adding that its closure would bring Ireland in line with several international instruments, notably the Convention on the Rights of the Child.

“I think it’s a very significant day for children and for better outcomes,” he said.

The IPRT had campaigned on St Patrick’s since 1994, focusing on the imprisonment of 16 and 17-year-olds alongside, although separated from, adults (aged 18 and over). The prison’s ineffectiveness was betrayed, it noted, by recidivism rates reaching above 70 per cent.

“It is 32 years since the Whitaker report first recommended the closure of this prison,” said Fíona Ní Chinnéide, acting executive director.

“It’s hugely symbolic in terms of how Ireland responds to children who offend. St Patrick’s Institution was unfit for any prisoner, let alone children.”