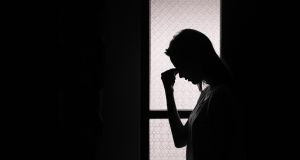 The Royal College of Nursing has just joined Women’s Aid on the list of organisations to so far refuse to adjudicate on rape-connected benefit claims. Photograph: iStock

The “rape clause” in the UK’s new child tax credits system discriminates against victims of sexual violence who are subject to Northern Irish law, according to Women’s Aid.

In Northern Ireland, unlike in Britain, the law requires disclosure of serious crimes to be reported to police, meaning if a perpetrator is identifiable, a rape victim applying under the exemption could be drawn into a criminal investigation against their will.

Section 5 of the 1967 Criminal Law Act (Northern Ireland) was introduced in an effort to prevent serious offences committed during the Troubles being concealed. However, the law in Northern Ireland means if a woman was to apply for the benefit under the exemption and advise benefit assessors she had been raped, she could be subject to legislation concerning mandatory reporting of serious crime in the jurisdiction.

Women will be forced to balance between money and disclosure, which is a huge undertaking for any woman to make

Women’s Aid chief executive for Northern Ireland, Jan Melia, described the so-called “rape clause” as “cruel and reprehensible” and said the Social Security Amendment Regulations 2017 display a “breath-taking lack of understanding of sexual violence, and callous disregard for the wellbeing of victims”.

“It is an additional discrimination against women in Northern Ireland,” she said. “Women will be forced to balance between money and disclosure, which is a huge undertaking for any woman to make.

“It puts the woman and child at risk. The solution is to scrap it altogether.”

Ms Melia believes it was another example of Northern Ireland not being considered properly in UK-wide policy and that it will also force women to choose between poverty and stigmatising their child as a “rape child”.

She also claimed the new rules, which apply from Thursday to applicants making claims for the payment of up to £2,780 per year, are “a direct attack on poor women”.

The Royal College of Nursing has just joined Women’s Aid on the list of organisations to so far refuse to adjudicate on rape-connected benefit claims.