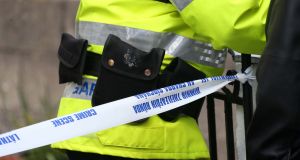 Two civilian Garda staff have claimed in protected disclosures that some murder cases were not fully investigated as such. Photograph: Colin Keegan

Two members of An Garda Síochána have made protected disclosures alleging a number of homicides, or unlawful killings, were not investigated as homicides.

They claim that in some cases where homicides were wrongly classified in Garda records as less serious offences , the crimes were never investigated as homicides.

News of the protected disclosures and the details in them are revealed for the first time in The Irish Times today.

Garda headquarters has consistently said that while classification mistakes were made, all of the unlawful killings involved were investigated as they should have been.

Now, however, two civilian Garda staff have claimed in protected disclosures that some murder cases, and other homicides, were not fully investigated as such, and that they have evidence to back up their allegations. If proven, it would mean people were unlawfully killed, some deliberately and in violent circumstances, and that no criminal inquiry equal to the severity of the crimes was conducted.

Homicides are defined as unlawful killings and include murders, manslaugher and crimes such as dangerous driving causing death. The two Garda civilian staff members have demanded an inquiry into their central allegation that homicides, including murders, were classified as less serious offences and not investigated.

They also claim that detailed information was prepared by Garda analysts on wrongly classified homicide cases, but that it was not passed on to the Policing Authority, despite requests from it for more information.

The Policing Authority is a Garda oversight body and is independent of the Garda.

Some Garda staff became concerned the information had not been passed on, it is alleged, and they approached the Policing Authority to inform it about what the Garda analysts had found.

The civilian whistleblowers now want an investigation into the handling of the report prepared by the analysts.

The new allegations come after years of controversy on a range of policing issues including the cancellation of penalty points and the inflation of drink-driving test numbers.

It has been known for about nine months that 41 domestic killings were incorrectly classified on the Garda’s computerised Pulse crime database between 2013 and 2015.

It also emerged last year that 89 road traffic fatalities which should have been classified as homicides between 2003 and 2017 were recorded as less serious offences.

The Garda has repeatedly told the Policing Authority that, despite the embarrassing classification errors, the cases were investigated properly, as homicides. The new protected disclosures now dispute this.

In a detailed statement yesterday, the Policing Authority said that it has “persistently engaged” with the Garda about the classification issues “since the matter first came to its attention on March 31st, 2017”.

The statement was issued as an update to the long-running controversy around the misclassification of homicides. It made no mention of the protected disclosures or the central allegation that some homicides, including murders, were not investigated as they should have been.

A Garda spokesman said last night: “An Garda Síochána is prohibited from commenting on any individual protected disclosures that may or may not have been made.”

He added a review on homicides back to 2003 was now under way .

The Department of Justice said it would “endeavour to look into” the matter for comment.