Ex-garda arrested on suspicion of bribery over fraudulent immigration applications 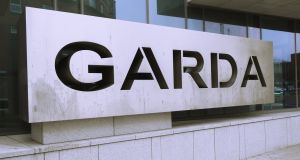 Officials have since been reviewing every application signed by the ex-garda in the last five years. Photograph: iStock

A retired garda has been arrested on suspicion of taking bribes to stamp hundreds of fraudulent immigration applications from Indian and Pakistani applicants.

The suspect, who is aged in his 60s, is suspected of taking money from a “fixer” who brought applicants in large numbers to his Garda station in the Western Region to have their forms stamped.

The then garda allegedly stamped documents certifying the applicants had submitted the relevant documents required to gain permission to reside and work in the country.

The irregularities first came to light two years ago and the man has since retired from the Garda. According to the Irish Daily Mail, which first reported on the investigation earlier this year, the man has already been interviewed by detectives.

The man was arrested on Wednesday morning by gardaí from the Roscommon/Longford Division who were assisted by an investigative team from the Garda National Immigration Bureau and officials from the Department of Justice. He is being held under Section Four of the Criminal Justice Act 1984 and can be questioned for up to 24 hours.

It is understood the man may have fraudulently stamped forms for several hundred people before the matter came to light. The ex-garda is suspected to have taken large sums of money - possibly several thousand euro per form – from a Pakistani fixer who is believed to be part of a criminal group involved in sophisticated immigration fraud in Ireland and other countries.

The immigrants entered the country on student visas and sought permission to stay on after those expired.

The alleged scam came to light when officials noticed an unusually high number of forms were being stamped by the same garda in a county which does not have a particularly high population of non-nationals.

Officials have since been reviewing every application signed by the ex-garda in the last five years and attempting to track down the immigrants concerned.

Some have been located but many are thought to have already left the country. As many as 1,000 applications may be affected.

“Gardaí from the Roscommon/Longford Division investigating a number of immigration irregularities at a Garda station in the then Western Region which commenced in mid-2017 have this morning, Wednesday 11th December 2019 arrested a male in his 60s in connection with this investigation,” a Garda spokesman said.

“Gardaí involved in this investigation were assisted by a team from the Garda National Immigration Bureau and officials from the Department of Justice. Investigations are ongoing.”