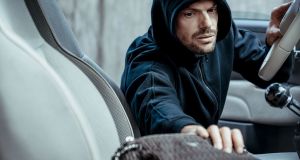 The report estimated there are around 650 individuals engaged in a loosely organised criminal network in the Dublin South Central Area comprising of career criminals, street dealers and children who provide supports. File photograph: iStock

Criminal gangs deliberately engage in anti-social behaviour in parts of Dublin’s southside as a mechanism to maintain control over an area and facilitate further criminal activities, according to new research.

The study, Building Community Resilience by University of Limerick law lecturer Johnny Connolly, found organised confrontations with gardaí, either in patrol cars or on the beat, are sometimes intended to make certain locations no-go areas for policing.

The report estimated there are around 650 individuals engaged in a loosely organised criminal network in the Dublin South Central Area comprising career criminals, street dealers and children who provide supports.

When pared down, it identified two distinct networks consisting of 44 and 52 core individuals respectively.

The research which was carried out in close collaboration of An Garda Síochána was commissioned by the Policing Forum Network which represents four policing fora from the Dublin South Central Area.

The aim of the project was to establish the nature and reach of key criminal networks operating within the area which covers the Liberties, Ballyfermot, Crumlin, Drimnagh, Walkinstown, Inchicore, Kilmainham and Rialto.

The report said figures on numbers involved in crime had to be treated with caution as there was a widespread reluctance across many parts of the south central area to report crime either out of fear of reprisal or the belief that little would be done about it.

It found most crime in the Ballyfermot area is not reported by local people which had a big impact on crime data.

At the same time, it noted that due to the control exercised by criminal networks some types of crime were less likely to happen in an area so as not to attract Garda attention.

However, the report said that while such criminal networks could cause significant harm, it needed to be recognised that they only represented a very small proportion of the residents of such communities.

It claimed the willingness to become involved in such networks was linked to individuals either becoming entrapped through debt obligation or because they saw potential material benefits notwithstanding associated risks.

However, some community activists questioned the extent to which young people were targeted and groomed by older criminals and suggested that they became involved largely out of choice.

Gardaí said there was an unwritten code among members of criminal networks that they did not interact with gardaí with some areas regarded as “self-policed” due to a combination of fear or respect for senior criminals.

The report found criminal hotspots in the area were more linked to nightlife activity or small-scale crime involving drug addicts than the activities of criminal networks.

It said the “complex and almost symbiotic” relationship that could exist between criminal networks and their “host communities” highlighted the importance of policy responses particularly in relation to policing and community safety.

Dr Connolly pointed out that the drug trade provided not just money for those involved in the supply chain but was also the source of cheap goods for local residents as dependent drug users often stole goods to fund their addiction.

Speaking on RTÉ’s Morning Ireland, he said there are answers to organised crime but it is not going to be easy.

He said what was really important was that people in the community still wanted to engage with the gardaí and were willing to do so.

There needs to be a “whole system” approach ensuring support for vulnerable young people. This would be a means to disrupt the criminal networks.

The situation is not completely out of hand, he added. This was not to minimise the impact of serious crime on the community.

One of the most problematic elements was the degree of control the organised crimes gangs exerted in the areas. “The vast majority of people want to live normal lives,” he said, but fear drives them to find other solutions to the issues that are facing.

“There is a lot to change in this space,” said Dr Connolly.

On the same programme, community activist Peter Dorman said “Children are attracted into the crime network because of inducements, the best runners, a bit of status in their own local community, if things are’t going well in school or they feel they don’t have status, it can be a huge draw.

“Vandalism can be used as part of the drug network to intimidate people, the children are instructed to go and vandalise property, break windows, damage a car because someone is suspected of talking to police. People have even had to leave their home.”

Challenges identified in the report for effective inter-agency programmes and community partnerships in tackling criminal networks included the perception that some youth clubs were reluctant to work with gardaí as well as insufficient Garda resources for community policing on a consistent basis.

The report described efforts by statutory, community and voluntary groups, either jointly or separately, to address issues as “a largely unfocused, ad hoc approach”.

It said the structures of joint policing committees and local policing fora were “weak, disconnected, lacking in clear orientation and responses are not effective”.

The report recommended adopting a “carrot and stick” approach to dealing with career criminals and an intensive outreach programme for targeting young people involved in street dealing as well as specific interventions for children exposed to criminal networks and their families.