Conviction rates for driving without licence as low as 4% 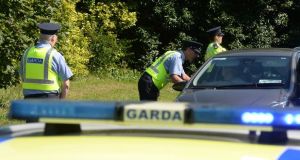 The conviction rates are for all cases of driving without a licence that were disposed of in Irish courts from the start of 2016 to September 12th last. File photograph: The Irish Times

Conviction rates for driving without a licence are as low as four per cent in some parts of the State, with a high of 30 per cent recorded in Cork.

The lowest conviction rates are in counties Monaghan and Cavan, with just 4 per cent of cases which reach the courts in both counties resulting in conviction. The national average conviction rate was 19 per cent.

The information has been released in a series of parliamentary question replies to Independent TD Tommy Broughan. The questions were addressed to Minister for Justice Charlie Flanagan, with the replies coming from the Courts Service.

Parc Road Safety Group, a voluntary agency advocating for safer roads, said it was “left speechless” by the figures, which concerned the “riskiest drivers on our roads”. It believed Taoiseach Leo Varadkar should ensure Mr Flanagan begins an investigation into why the conviction rates were so low.

The conviction rates are for all cases of driving without a licence that were disposed of in Irish courts from the start of 2016 to September 12th last.

Of those convicted, 80 per cent were fined, 10 per cent had a driving ban imposed and 4 per cent were jailed. Smaller numbers had jail terms imposed or suspended or were sanctioned via peace bonds and community service.

The Courts Service, Garda, Road Safety Authority and Department of Justice all declined to comment.

Trends exposed by the new data are likely to raise serious concerns about why the conviction rates are so low and why they vary so significantly from place to place.