No credible evidence that Nóirín O’Sullivan had any ‘hand, act or part’ in campaign 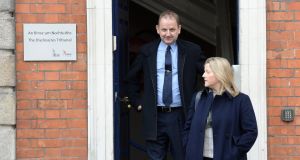 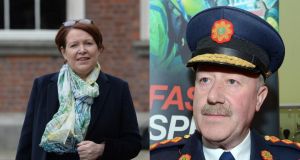 The Charleton Tribunal report published today is damning for former Garda Commissioner, Martin Callinan, but a vindication for his successor, Nóirín O’Sullivan.

Both former police chiefs resigned their positions in large part because of controversy over the treatment of Garda whistleblower, Sgt Maurice McCabe.

While Mr Callinan has been found to have run a “campaign of calumny” against Sgt McCabe, the tribunal has found there was no credible evidence that Ms O’Sullivan had any “hand, act or part” in the campaign.

During her period as the State’s number one police officer Ms O’Sullivan was the subject of repeated calls from opposition politicians for her resignation in relation to matters which the tribunal has now found she was not at fault.

One of the reasons for this was media reports based on partial leaks from the confidential sittings of the O’Higgins Commission.

The public interpretation of these leaks involved a “rush to judgment” that Ms O’Sullivan had improperly instructed her legal team at the commission.

“A reading of the transcript shows that nothing of the kind alleged against Commissioner O’Sullivan ever happened,” the tribunal has now found.

However Mr Justice Charleton said he found it “improbable” that she did not have an “inkling” as to Mr Callinan’s views. It was “more than improbable” that nothing emerged when she shared a car with Mr Callinan after his controversial appearance before a Dáil committee in 2014, where he’d referred to whistleblowers’ activities as disgusting.

“It was disappointing to hear her evidence on this,” Mr Justice Charleton said.

The Government almost collapsed late last year during a controversy centred over what the then tánaiste Frances Fitzgerald knew at the time about what had allegedly happened at the O’Higgins Commission.

In his report Mr Justice Charleton referred to the “public ferment” and said that by the time the tribunal came to investigate the matter, Ms Fitzgerald had “selflessly decided to resign in the national interest”.

He said that matters that came into the public domain about what had allegedly transpired at the commission were “transmogrified” into an allegation that Sgt McCabe had been attacked in an improper way, that Ms O’Sullivan had authorised this, and that Fitzgerald had been informed and had let it happen.

“At a crucial junction for Ireland in the Brexit negotiations, the Government of our country came close to falling and in the ultimate result Frances Fitzgerald” resigned.

While there may be some comfort in the report for Ms O’Sullivan and Ms Fitzgerald, there is a sustained and blistering attack on the former head of the Garda press office, Supt Dave Taylor who, the tribunal has found, worked with Callinan on a “nodding and winking” campaign against Sgt McCabe.

Supt Taylor is repeatedly found by the tribunal chairman to have lied, both to the High Court in a sworn affidavit, and in her testimony to the tribunal.

Mr Justice Charleton said the still serving Garda officer was “suffused with bitterness” and acted with “viciousness” towards Ms O’Sullivan. He was motivated in this by his resentment at being moved from the press office when Ms O’Sullivan replaced Mr Callinan, and not being promoted.

On the other hand, the judge has great praise for Sgt McCabe.

“What has been unnerving about more than 100 days of hearings in this tribunal is that a person who stood up for better standards in our national police force, Sergeant Maurice McCabe, and who exemplified hard work in his own calling, was repulsively denigrated for being no more than a good citizen and police officer.

“In investigating the calumny against him, other aspects of our national life have been laid bare. Within the pages of this report are detailed those women and men who have done their work well and who try every day, as police officers, social workers and administrators, to do their best. But not all. Not every person seeks either to uphold the highest standards or to strive for them through daily work. The question has to be asked as to why what is best, what demands hard work, is not the calling of every single person who takes on the job of service to Ireland. Worse still is the question of how it is that decent people, of whom Maurice McCabe emerges as a paradigm, are so shamefully treated when rightly they demand that we do better,”