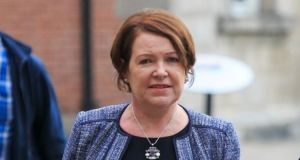 The disclosures made by Sgt Maurice McCabe and Supt Dave Taylor caused a huge controversy at the time and led to calls for the resignation of the then Garda commissioner, Nóirín O’Sullivan. Photograph: Collins

The State’s whistleblower laws should be examined because early disclosure of such claims has been “the accelerant” to “inflame public opinion”, the head of the Disclosures Tribunal, Mr Justice Peter Charleton, has said.

The Oireachtas may want to consider whether there are problems with the 2014 law, said Charleton, who was asked to investigate protected disclosures claims made in 2016 by Sgt Maurice McCabe and Supt Dave Taylor.

The discovery that the disclosures existed caused a huge controversy at the time and led to calls for the resignation of the then Garda commissioner, Nóirín O’Sullivan.

The documents were “promptly disclosed, inter alia, to public representatives and journalists working in the media”, he said, adding: “This constituted not merely an ignition switch, but the accelerant used to inflame public opinion in relation to the matters concerned.”

The publication of the disclosures led to “deep public concern as to the nature of the alleged wrongdoing being revealed; the identity of the whistleblowers and other relevant details, at a time when it must be certain that the persons accused of the relevant wrongdoing and the proper authority had little or no opportunity to consider the impact of these disclosures and how they might be appropriately addressed”.

Mr Justice Charleton said the Oireachtas might want to consider whether regulations were needed for the use of protected disclosures to deal with this type of issue.

“In short, did the Oireachtas intend that the provisions of the 2014 Act should be used in this way or not?”