An estimated 1,000 minors across the State are engaged with criminal networks 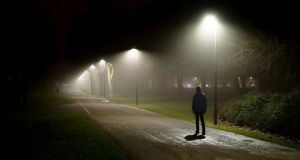 The biggest contributory factor for children being drawn into crime was being allowed out unsupervised at night, Garda junior liason officers said. Photograph: iStock

Criminal gangs are recruiting and exploiting children as young as 11 in all parts of the Republic by offering them alcohol, drugs and “status”, a major survey of Garda junior liaison officers (JLOs) has concluded.

Many of those children are quickly becoming prolific and serious criminals, it found.

Almost all of the Garda respondents, some 97 per cent, believed children within well-known crime families throughout the State felt the need to “live up to” the family name and criminal reputation.

The survey of Garda JLOs was carried out by researchers based in the University of Limerick’s School of Law who published the Greentown report in 2017.

Greentown examined how children, in national and secondary school in an unidentified place in Ireland — dubbed Greentown – had become involved in crime.

It concluded about 1,000 children nationally as young as 11 were involved in gang crime, including burglaries and drugs and associated violence and intimidation.

They conclude some of the children in gangs were from families with criminal backgrounds and had been groomed by adult relatives. Others have been recruited into gangs by their peers and in some cases, in the Redtown study, boys aged 16 were operating as “cunning” and “strategic” gang leaders.

The Bluetown study found four different gangs, all with child members working with and under adults, operating in the same area.

“The fact that an estimated 1,000 children across the State are engaged with criminal networks illustrates the work we have to do,” Minister for Justice Helen McEntee said. Based on the findings of the Greentown, Redtown and Bluetown reviews, two pilot projects will be launched in undisclosed locations to intervene in the lives of at-risk children and offer an exit path to those already involved in crime.

Dr Sean Redmond, adjunct professor of youth justice at University of Limerick and principal investigator for the Greentown project, said the children were living in “backwater housing complexes” that were “governed” by crime gangs.

He said the typical child studied was “stuck in a toxic ecosystem” that was “created and sustained by the criminal gang that governs his estate”.

“He is subject to coercive control. His parents do not protect him because they are compromised by drug debts owed to the [local criminal] network members.”

The Garda JLOs, who are based all over the Republic, in both urban and rural Garda divisions, said one in eight of the children they dealt with fit the profile of being engaged in serious crime. They said the biggest contributory factor for children being drawn into crime was being allowed out unsupervised at night.

The JLOs reported a 95 per cent likelihood the children would be attracted to crime by the money on offer, some 91 per cent by drugs and alcohol, and an average of 88 per cent by the sense of power and respect they perceived they would gain. However, some 85 per cent were also motivated by a sense they wanted to “belong” to something and 84 per cent were judged to have an ability to carry out the threats they made through crime.