In profile: A 16-year-old gang leader with links to drug trade 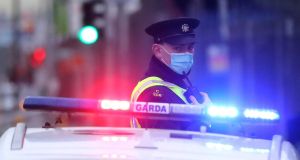 The study found that some members of the gang were as young as 13, and began offending to feed themselves. Photograph: Niall Carson/PA Wire

Garda interviews about crime in “Redtown”, an unidentified provincial town, focused on three boys, all aged 16, who dominated a local criminal network that specialised in burglaries and drug dealing.

Some in the group were as young as 13 and began offending to feed themselves. One of the 16 year olds was classified as the leader and was most frequently mentioned by gardaí interviewed for the study Lifting the Lid on Redtown by researchers in the University of Limerick School of Law.

He already had a group of teenagers dealing drugs for him and used violence and intimidation to establish his position in the local drugs trade.

Gardaí believed he was a senior gangland leader in the making. “I think eventually [he] will get involved in drugs heavily, but not hands on… at a higher level,” one garda said.

“Redtown” was one of three locations chosen for review because it is a national black spot for youth burglaries and drug crime.

The 16 year old emerged as a leader in his group because he was self-assured and bright. He was described as a “planner, thinker, daring and cute” and was “self-taught, self-trained”.

He also had the ability to influence and lead his peers. One garda said he would “pick and choose” the places his group would burgle and dictate how to carry out those crimes and handle the proceeds.

Such was his influence over other boys that the crime rate across Redtown reduced when he was in juvenile detention. He also “used violence and aggression” and “likes people to be afraid of him” as he controlled the supply of recreational drugs into his gang.

He was described “from a very young age” of “displaying an air of superiority and infallibility when dealing with the Garda”. He taunted gardaí interviewing by saying “prove it lads, prove everything, no comment”.

He was also described as being “strategic in his actions” and being unique in socialising outside his criminal network. His girlfriend “was from a different socioeconomic background” and he “capitalised on this relationship to gain access to other schoolchildren”, intimidating them into committing crime for him.

He was described as having detailed knowledge of the legal system and dropped associates who were “talking too much”.

He lost his mother from the family setting when she left home due to domestic violence and took the boy’s sister with her. That left the gang leader with his father and two brothers, who were early school leavers. The 16-year-old gang leader and his brothers lived in their paternal grandparents’ home.

The father was described as having “problematic mental health and substance misuse issues and a history of crime”. The boy was very young when he was caught with his father committing crimes.

The study concluded the teenager was currently in a period of “keeping his head down” as he had just been released from juvenile detention.