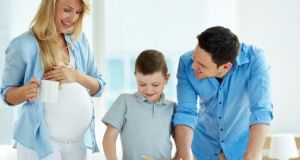 The 13th annual Pfizer Health Index charts the health perceptions and behaviours of Irish adults and this year points to substantial differences between how the various age groups view their own health.

The survey divided adults into three distinct categories – those aged 20 to 39, 40 to 60 and 61 and older - and asked a range of health-related questions such as what illnesses concerned them most, what steps they felt they could take for the benefit of their future health, and what significant “life milestones” have had the most impact on how they approach their health.

It found illness concerns vary substantially with adults in the youngest group most likely to worry about mental health, diabetes and obesity. Heart disease, cholesterol and arthritis are of greater concern among those aged 40 to 60 while respondents aged over 61 told researchers they were most concerned about cancer and Alzheimer’s.

The survey found the youngest group was more focused on appearance with diet and exercise ranking as their top health priorities. In middle age, reducing consumption of alcohol becomes the main priority while disease prevention ranks as number one among those aged 61 and over.

More exercise and a better diet were widely recognised as being the key steps to take for better health in later life, with younger adults also identifying that mental health as being important to future good health.

If they could go back to an earlier point in their life 56 per cent of those polled said they would exercise more and 53 per cent claimed they would have a better diet if given the chance to live their lives all over again. Being calmer, not smoking and going to the dentist more also featured prominently as things people would modify if given the chance.

“Starting to feel old” was the most transformative life experience that affects how people of all ages approach their health with 37 per cent of those polled agreeing with this statement. Men were more likely to describe feeling old as having the most profound impact on how they view their future health while the arrival of a child has more of an impact on women.

Most people surveyed said their happiest period was when they were young and single although a majority of those over 60 said being “married with children” was their happiest time.

All told, 69 per cent of those surveyed rated their health as 7 out of 10 or higher although only 6 per cent gave themselves a perfect 10.

People continue to believe the health should remain the Government’s top priority with 62 per cent of those polled expressing the view that it was of paramount importance, a long way ahead of education (12 per cent) and job creation (11 per cent).

Finance is now listed as the issue which most people are prioritising with 32 per cent giving it the highest ranking up from 16 per cent last year. In the past, family and personal health were the top concerns listed.

Prof Charles Normand, Professor of Health Policy and Management in Trinity College, Dublin, said starting to feel old was “certainly a life experience the vast majority of us can expect to go through, and we need to start looking after our health now to ensure we remain healthy in older age for as long as possible.”

He described as “encouraging” the finding that the 60 plus cohort “are cognisant of maintaining their health” and said “we need to look after this age group in our health service and ensure younger generations are as educated about the importance of health maintenance as possible.”

Gardaí may have to wait days to interview mother of McGinley children 21:32
McGinley deaths: ‘I will always remember your three happy faces’ 21:31
Seamus Mallon funeral: ‘Farewell to a great chieftain of Irish political life’ 21:10
Woman charged over Gorey stabbing told gardaí she ‘didn’t mean for him to die’ 20:49
Opposition parties criticise under-funding of national maternity strategy 20:48