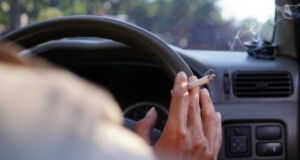 A heavy smoker who drives long distances in a diesel-powered car and burns fossil fuel in winter has the most to fear from Budget 2020. Photograph: Getty

A heavy smoker from the midlands who drives long distances in their diesel-powered car and burns through a lot of fossil fuel to keep themselves warm in winter will bear the brunt of Budget 2020.

A self-employed, electric car-owning, non-smoking, city-dwelling, wine-drinker will be quietly pleased, however with what Minister for Finance Paschal Donohoe had to say to them.

For most other people, the impact of a budget which has been “developed in the shadow of Brexit” will go almost unnoticed.

As had been widely flagged, there were no changes to the wider personal tax regime while social welfare payments were largely untouched.

There were small tax credit bumps for the self-employed - who will be better off to the tune of €3 a week next year as a result - and for home carers, who might be as much as €2 richer each week.

There will also be an increase in the inheritance threshold and a widening of access to prescription drugs and medical services for children.

But beyond some relatively minor tweaks there will be no reason to don the hairshirt or indeed pop the champagne corks.

Anyone who does pop those corks can do so safe in the knowledge that it won’t cost them any more this weekend than last weekend and people fond of the odd - or even frequent - glass of wine, beer or anything stronger were spared any financial pain.

The nation’s smokers will not be so happy. They were hit with a 50 cent increase on a packet of 20 cigarettes, a hike which takes the cost of 20 cigarettes to €13.30 and adds around €250 on to the annual cost of the habit for a pack-a-day smoker.

The tobacco tax increase had been widely flagged in advance as had the increase in the carbon tax paid on fossil fuels. This was introduced as expected although some increases have been delayed until after the winter and - perhaps more importantly - until after the anticipated general election.

Donohoe was anxious to portray the carbon tax increase of €6 per tonne, which will see carbon taxes climb from €20 a tonne to €26 a tonne, as an environmentally-friendly and essential step in tackling climate change.

It is, however, unlikely to go far in changing people’s habits.

In a cold winter, the increase in the carbon tax could well add a further €50 onto the cost of heating a home with oil, with perhaps another €20 in higher taxes for coal, turf or briquettes.

All told, a comparatively heavy domestic user of fossil fuels might see their annual bills rise by around €90.

Other measures which will benefit some people include an increase of €100 in the home carer tax credit to €1,600 while the self-employed tax credit goes up by €150 to €1,500.

There will be a 100 per cent Christmas bonus for all social welfare recipients.

Many of these relatively minor measures announced were described as “important cost of living reductions for the most vulnerable in our society,” by Donohoe.

Just how important remains to be seen.