Pricewatch: It is common in markets where profit margins can be tighter than Rod Stewart’s trousers 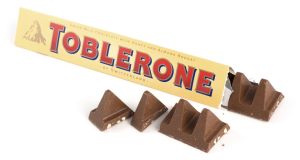 In the very early 1980s when the price of a pint of plain was about to go over an old Irish pound for the first time some publicans thought they had come up with a wheeze to keep the national drink under the magic threshold.

They swapped out their pint glasses for 500ml ones. The idea was that if they were selling 0.87 per cent of a pint instead of a full one, they could keep the price at the 90p mark and people would be happier with that.

The idea made the RTÉ’s main evening news but did not catch on and even if it had, such was the rate of inflation at the time, that it would have only been a matter of months before the price of a half a litre climbed over a pound too.

While the term did not exist at the time, what the metric-minded publicans were flirting with was shrinkflation which sees the size of a product reduced with the price staying largely the same.

While the idea behind shrinkflation is not new the word still is.

A trawl of The Irish Times archive tells us it was first used in this newspaper – by Pricewatch as it happens – just over four years ago. But what was something of a rarity in 2015 is now a well-established trend in the notoriously competitive grocery market where profit margins can be tighter than Rod Stewart’s trousers.

The shrinkage has been accelerating in recent years. According to a report published by the the UK’s Office of National Statistics early this year, more than 2,500 products commonly found supermarket shelves there – and here – decreased in size or weight in the five years between 2012 and 2017 with everything from chocolates to juices to toilet rolls impacted.

Sometimes that shrinkage is dramatic.

Just look at the Yorkie bar. When it was launched in Ireland in the mid-1970s, its unique selling point was its size and the ads told us it had to be bigger than other chocolate bars because truckers needed more sugary goodness to keep them going on long drives.

On its launch day it weighed an impressive 70g. Last week, Yorkie bars weighing just 46g were selling in our local Tesco. Would that it were only Yorkies. Twixes have lost 13.8 per cent of their volume in recent times while Kit Kat Chunkys are nearly 17 per cent less chunky than they once were.

Cadbury Creme Eggs – they will be on the shelves again sooner than you think - are smaller than they used to be and the half a dozen multi-pack now contains just five eggs. Maltesers, M&Ms and Minstrels have all gone the same way. McVitie’s cut the number of Jaffa Cakes in a packet from 12 to 10 and Toblerone made the gap between the chunks in some of its chocolate bar wider while keeping the size of its packaging hoping, perhaps, that people wouldn’t notice.

They noticed. People across the Irish Water were furious. For about five minutes.

Tropicana used to sell litres of juice and now sells 900ml cartons as does Innocent. Birds Eye gave everyone the two fingers – or more accurately took the two fingers away – when they started selling packets of 10 instead of packets of 12. In 2015 there was 750g of mixed vegetables in a Birds Eye Select bag; today there are 690g. One-litre tubs of Carte D’Or ice cream are now into 900ml tubs while a Magnum ice cream which used to be 360ml is now 330ml.

Shrinkflation does not just apply to food and some of the sneakiest shrinks happen in domestic cleaning products.

Some brands of toilet paper have lost up to 14 per cent of the number of sheets per roll over two years, without any corresponding drop in price. Some boxes of Surf washing powder were reduced in size from 2kg to 1.61kg and now weigh just under 1.5kg. A packet of 48 Persil washing tablets became a packet of 40 while 56 Pampers Baby Wipes used to be a packet of 63. Cif Actifizz Multi-Purpose Lemon Spray and Domestos Spray Bleach Multipurpose Cleaner were reduced in size from 750ml to 700ml now.

According to the ONS, toilet rolls, nappies, tissues and washing-up liquid are the products where most size changes have occurred in recent times while foods with the highest numbers of product size changes included bread and cereals, meat, sugar, jam, syrups and chocolates.

We tend to notice the chocolates more than anything else. Earlier this month Quality Street made headlines again after Nestle released its big Christmas seller and people noticed it was just a little bit smaller than it once was.

It is not yet November but festive tubs are already for sale and weigh in at an unimpressive 650g. They were 720g last year and – if memory serves us – they were once a full kilo.

Thank you very much, thank you very, very, very much - yes, we know, it’s the wrong brand - for nothing Nestle although to be fair to Nestle and to Quality Street it is not all bad news. While the boxes have shrunk again, a senior brand manager Ellie Worley pointed out that Quality Street could be bought in lots of different sizes.

She added that the latest Quality Street was offering more chocolate - which is dearer to make - and less toffee with the proportion of chocolate sweets climbing from 35 per cent to 46 per cent.

While the speed at which products are shrinking appears to be accelerating, it is not new news and the practice goes back to even before the days when the price of a pint went over a pound.

Legend – if not cold hard fact – has it that it became a big issue more than 100 years ago when vending machines started to be widely used in the US.

Food manufacturers struggled to reconfigure machines to accept multiple coins. So if a product went up from a nickel to a nickel and one cent instead of increasing the prices they reduced the size of the products in the machine.

Food makers are in a difficult position in an era of rising costs, low inflation and serious price sensitivity among increasingly canny consumers.

Effectively then – as now – manufacturers had three choices. They could increase their prices, make the product smaller or reduce the costs by changing the ingredients.

The latter can be a dangerous move and see consumer turn away from a product entirely while shifting the prices can lead to people moving to cheaper own-brand options which is why so many manufacturers go for the Honey I Shrunk the Chocolate option.

But while shrinkflation may be seen the least worst option by manufacturers and retailers, it is ultimately shoppers who pay the price and are being increasingly confused at best and misled at worst and it is becoming harder and harder to make informed decisions about where to best spend your money.