Paul Hogan obituary: Design pioneer who took a painting from the Tate 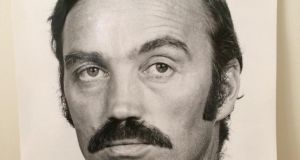 Paul Hogan, who has died aged 85

As CTT’s first design manager, Hogan promoted design in Ireland and managed the organisation’s design advisory service for Irish industrialists. In 1962, he worked with Scandinavian designers to produce Design in Ireland: Report of the Scandinavian Design Group in Ireland. This pivotal report led to the foundation of the Kilkenny Design Workshops in 1963, the establishment of the Society of Designers in Ireland, and the promotion and development of industrial design standards in Ireland.

Later, as a director of CTT’s technical assistance programme, Hogan helped drive Irish exports in the 1970s when the Irish government was throwing off the shackles of protectionism and pursuing greater engagement with the outside world as part of its Programme for Economic Expansion.

He was also hugely influential in Ireland’s programme of co-operation with developing countries and he led and oversaw projects in Africa, Asia, the Caribbean, Latin America and the Middle East. Senior managers from export agencies in many of these countries came to train in Ireland and Irish officials worked abroad to develop export markets there. Such programmes were funded by the European Commission development programme or the World Bank.

In particular, Hogan made a big impact on small island states such as Barbados and Mauritius, as well as the newly independent Zimbabwe. He produced strategic reports, many of which have had lasting impacts on the trade developments in these countries to this day.

Educated at the Catholic University School in Dublin and the National College of Art, Hogan was the third of four children of Sarsfield Hogan and his wife Sheila (née Boland). His father was a senior civil servant and aide to taoiseach Éamon de Valera.

As a student, he achieved a certain notoriety when, with a fellow student, he removed a valuable Impressionist painting from the Tate Gallery in London to protest against that gallery’s holding of the collection of Hugh Lane paintings which the art dealer had bequeathed to the Irish State in a codicil of his will. The painting was subsequently returned to the gallery via the Irish Embassy after the culprits were identified, having been photographed – to highlight their protest – as they walked down the steps of the Tate Gallery.

Throughout his career, he travelled extensively in the developing world and regularly to Geneva, Brussels and New York. Indeed, it became a running family joke that wherever his children later travelled to in the world, their father had been there first.

In 1987, with a group of colleagues, he left CTT to found the Trade Development Institute of Ireland (TDI), a private company which provided consultancy to government agencies and private sector bodies on trade and export development. This business grew to encompass a wide range of services and ultimately worked in more than 80 countries. TDI was sold in 2009.

Hogan’s many career accomplishments were achieved in the face of significant physical challenges. In 1974, he was diagnosed with multiple sclerosis. In keeping with his resolute character, he managed his condition well and became a leading advocate for design for disability. He was a tireless promoter of universal design principles, which emphasise the accessibility of buildings and products for all persons, regardless of age or physical ability.

In 1989, he convinced the Institute of Designers in Ireland to organise a two-day “Design for Disability” conference in Dublin. Attended by hundreds of designers, architects and people with disabilities, this conference created a wider understanding of the importance of inclusiveness and accessibility in design. As a direct result, the Institute for Design and Disability (IDD) was established in Ireland. And shortly afterwards, with Hogan’s support and influence, the European Institute for Design and Disability (EIDD) – now known as Design for All Europe – was formed. Hogan steered and chaired both organisations for many years.

In a speech to the Royal Institute of the Architects in Ireland in 2000, as chairman of the EIDD, he said: “Architects should develop buildings and environments which are accessible, secure, economical, respectful of the environment, and which enrich the lives of those who use or live in them. Just as no one now campaigns for votes for women, so in the future no one should talk about accessible buildings. After all, what other kind of buildings could there be?” His commitment to universal design was recognised in 2001 with a lifetime recognition award from Swedish multinational Ikea.

In his private life, Hogan was a committed family man. He married Virginia (née Connolly) in 1962, with whom he had four children. The family lived mostly in Sandymount. A scion of a noted rugby family – his father was a former president of the Irish Rugby Football Union – Hogan was an enthusiastic club player and a frequent spectator at Ireland’s home rugby matches in the old Lansdowne Road stadium. However, he did lament certain aspects of the game’s move to professionalism, as described in a number of letters to The Irish Times.

Paul Hogan is survived by his brother, Brian Hogan, his sisters, Mary Berwick and Jane Clare, his daughter Edwina, and sons James, Paddy and Charlie. His wife Virginia predeceased him in 2018.

The Christmas cake and Christmas pudding that always work
9