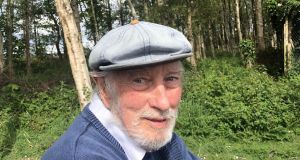 Hughie O’Donnell was one of the founders of Riada, one of the country’s most successful stockbroking firms.

Stockbroking and the stage do not occur often together in the public imagination, but in the case of Hugh “Hughie” O’Donnell they found a perfect marriage of talent and commitment.

O’Donnell, who has died aged 72, was, with three other colleagues, the founder of one of this country’s most successful stockbroking firms, Riada, which, when it began operations in 1978, was the first new firm of its kind in Dublin for decades.

Hughie had a great nose for the market; he was incredibly numerate and had a great ability to relate to clients

Riada was entering what was then a decidedly upper middle class world, arguably of a stuffy demeanour, based around servicing private clients. By contrast, Riada brought to the staid walls of the Dublin Stock Exchange a whiff of sulphur from the northeast inner city of the capital, specifically of the Sherriff Street area where O’Donnell had grown up on Emerald Street.

It was explosive. Using his forensic numeracy and almost intuitive ability to spot stock market winners, O’Donnell and his partners rapidly grew their business at a time when financial services were just beginning a period of very significant growth. Operating initially with just six employees, by the time the partners in the firm sold a controlling stake of 51 per cent to the Dutch bank ABN Ambro in 1988, Riada had a staff of more than 60.

Patrick Plunkett, one of those founding partners, said this week that Riada was an innovative force. Both he and O’Donnell had come to stockbroking after a long period as young executives with the investment arm of Irish Life (which O’Donnell had joined almost straight from school at O’Connell’s CBS), which gave them a very different perspective.

“Riada wasn’t particularly welcomed at first. The vast majority of firms [then] were [based on] relationships of a small number of people. We were very attuned to institutionalised investment, initially very focused on government bonds, not on the private individual. It was a whole new industry. We got a good market share very quickly. We were very well linked to London, and very focused on research, which at that time was becoming a much bigger part of the industry.”

While with Irish Life, both he and O’Donnell had built up very good contacts both in London and New York, especially with “analysts in a very dynamic environment”, adding that “Hughie had a great nose for the market; he was incredibly numerate and had a great ability to relate to clients, could give them good advice about how and where to position themselves”.

O’Donnell’s personality was very much a key part of this success. A life-long passion for sport, especially for Gaelic games and soccer, added to his ebullient extroversion, and often led him of a business day morning talking, at least initially, to clients not about markets but about the previous day or weekend’s football matches.

After the partial sale of the business in 1988, O’Donnell gradually reduced his commitment, leaving in the early 1990s to concentrate on the other great passion of his life – the theatre. In 1989, he financed the purchase of two redundant industrial buildings on Andrew’s Lane, off Dublin’s Exchequer Street, and, in conjunction with Pat Moylan and Terry O’Dea as joint managers, opened the eponymous theatre on the site, which ran for nearly 20 years producing both in-house and independent productions. O’Donnell’s eldest daughter, Tara, later joined the management team, ultimately buying the theatre from her father before selling it on to Ms Moylan.

Hughie made my dreams come true, and others’ too

Pat Moylan recalled this week the depth of Hughie O’Donnell’s commitment to the project and to his colleagues in it, saying that “no other person would have bought that property to start a theatre . . . 90 per cent of the time he left it to us . . . Hughie made my dreams come true, and others’ too.”

O’Donnell’s interest in theatre was drawn from deep and early wells in his life. Growing up as childhood friends of Jim and Peter Sheridan, who lived on Seville Place near his home, O’Donnell had acted in Seán O’Casey plays with the later-to-be famous film and theatre directors and writers, later performing in amateur theatre at festivals all over Ireland. Peter Sheridan said that at the time, in the 1960s, there were still people living in the area who had known O’Casey, and on whom the playwright had based some of his characters.

In 1985, at the height of his stockbroking career, O’Donnell went to New York to play the character of Hardy in Brian Friel’s Faith Healer at the Irish Cultural Centre, and, soon after Andrew’s Lane Theatre opened, he financed a Dublin Youth Theatre production, Children of Eve, directed by Jim Sheridan, who remarked this week that O’Donnell “was one of the most generous people I ever knew”.

A crucial factor in O’Donnell’s life, recalled vividly in his autobiographical novel 11, Emerald Street (Jonathan Cape, 2004), was a long spell in hospital after an accident while attending a game at Croke Park, when he was nearly crushed to death in an overcrowded area of Hill 16. He constantly recalled thereafter that the experience made him value life and the need to live it to its fullest extent.

It was perhaps this that led him eventually to Hollywood, where he wrote film scripts, including one roughly based on his childhood near-death experience. These, arguably due to the fact that he never hired an agent, never made it to the screen.

Hugh O’Donnell was one of five children of James O’Donnell, a mechanic and one of the few in Ireland qualified to service the then-revolutionary Citroen DS Pallas car, and his wife Molly (nee Cashe). He is survived by his widow Samantha (nee Andrews), from whom he was separated for a time in the 1990s, before being reconciled in recent years, his daughters Tara, Aoife, Aideen and Keelin, and his siblings Tommy, Eleanor, Mary and Séamus (Shea), with the latter of whom he spent his last years in Claremorris, Co Mayo.

Seán Moncrieff: I’m sick of hearing this is the new normal
9