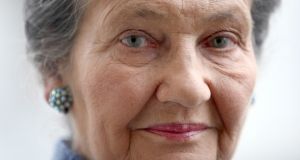 In November 1974, the French minister for health, Simone Veil, rose to address the national assembly to propose a law legalising abortion. For the next three days, she fought a tremendous battle under the eye of the media. Outside the assembly, “Let them live” campaigners distributed leaflets containing terrible illustrations, and a number of women, led by a priest, walked in procession reciting prayers.

The measure was the most controversial in France for many years, and the situation politically complicated. Within the government, prime minister Jacques Chirac was not in favour of the projected law, and the minister for justice, who was absent from the assembly, had pronounced that, for him, “abortion means death”. The president of the republic, Valery Giscard d’Estaing, had insisted on the law, but not succeeded in persuading his followers. The project was passed only because the opposition endorsed it. This was considered a triumph for Veil, who has died aged 89, and, despite her protests, the law became widely known as “la loi Veil”.

The story went that when Giscard became president in April 1974 he visited Antoine Veil, a civil servant who had become a powerful figure in the aeronautical industry, to invite him to join the government. Instead he chose Antoine’s wife, Simone. She had had a distinguished career as a magistrate. After qualifying at the Paris Law Faculty, marrying Antoine in 1946 and having three sons, she became a magistrate in 1956. Very soon she was advising successive ministers for justice (including Franois Mitterrand) and was involved in the case of Djamila Bouhired, a young woman tortured in an Algerian prison, whom she brought to safety in France.

In 1970, Veil became the first female secretary general of the council of the magistrature. One of her main preoccupations during this period was adoption: in 1969, with two doctors, she had produced a book examining its medical, psychological and social aspects.While she remained popular, she also gained a reputation for being impatient and over-exacting.

In 1979, Giscard had another task for Veil: the first elections were due to be held for the European parliament, and the president wanted her to head his party’s list. She readily accepted, since she strongly believed in the need to create a unified Europe.

Daughter of Yvonne (nee Steinmetz) and Andre Jacob, she was born in Nice into a Jewish family. They were not devoutly religious, but Simone became bitterly aware of her Jewishness when the local lycee was closed to her and her father, an architect, was prevented from practising. Simone, her eldest sister Milou, and her parents were arrested in 1944, just after Simone had sat the baccalaureat examination. She, her mother and sister were sent to the concentration camp at Auschwitz, then to Bergen-Belsen, where her mother died. Her brother, Jean, and father were deported and could not thereafter be traced. Another sister, Denise, who had been in the resistance, was sent to Ravensbruck camp.

Veil could not understand how the war had come about. Why did one European country have to make war on another? On her liberation, she discovered other injustices. Denise, with others who had been in the resistance, was honoured. Those who had simply suffered were ignored or, in some cases, made the subject of jokes.

In 1950, Veil was at a reception given by the French consulate in Mainz, Germany. She bore the Auschwitz camp number that the Germans had tattooed on her arm, and a French diplomat, seeing this, frivolously asked if it was her cloakroom number. Veil burst into tears. She always struggled against the reluctance of people to believe that the Jews had been persecuted by the Germans and by the French simply because they were Jews.

The European elections of 1979 brought her to the parliament in Strasbourg and she was elected its president, occupying the post until 1982. She became even more devoted a European, insisting that there should be more than economic union.

Back in France, Veil showed a reluctance to commit to any political party. Eventually she became minister for social affairs in the government of Edouard Balladur, from 1993 to 1995. There she was able to give financial help to women who wanted to leave work to look after their children, but she was in complete opposition to the extension of the powers of the state to control immigration. In 1998 she was appointed to the Constitutional Council of France.

When not in office, she and her husband took part in discussion clubs and exercised an influence on many politicians. Poor health in later years led her to abstain from playing a direct role in the political scene. Antoine died in 2013, and her son Claude-Nicolas in 2002. She is survived by her sons Jean and Pierre-Fracois, and by her sister Denise.

Charity shops: The dos and don’ts of donating your clothes and belongings
9