Toyota to stall production of petrol Corolla and C-HR 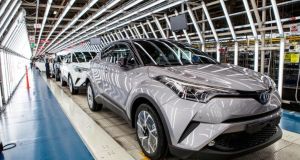 Toyota will no longer offer petrol variants of its popular Corolla and C-HR models from 2020, further underlining the company’s commitment to its hybrid powertrains. It follows last year’s decision to drop diesel engines from its passenger car range and to only offer hybrid versions of its Rav4 and Camry models on the Irish market.

According to Toyota the public appetite for hybrids is evident from the sales figures for both Corolla and C-HR ranges so far this year. To date, over 85 per cent of Toyota Corolla sales, and 90 per cent of C-HR sales this year have been for the hybrid versions.

Sales figures show that hybrids now account for 8.8 per cent of the new car market, with 9,759 new registrations of hybrid passenger cars up to the end of September. That’s up from a market share of 5.5 per cent in the same period last year.

According to Steve Tormey, Toyota Ireland chief executive: “The numbers don’t lie, and we now know that if you offer highly desirable-looking and high-performing self-charging hybrids they will win out over petrol every time. Next year we predict that 92 per cent of our passenger car sales will be self-charging hybrid across all models.”

Covid-19: The latest on vaccines, antibody tests and treatments
4

Bloom to Zoom: the garden fest is online this weekend with chats and tips
6

Choux polish: A Bastible chef’s recipe for a show-stopping pastry
9

Glamp up the garden with these yurts and bell tents
10