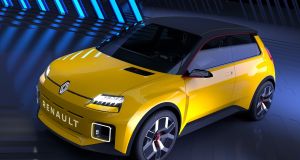 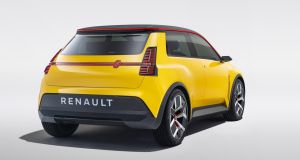 The price position of the new Renault 5 will be set to be affordable for the mass market, the company says.

French car giant Renault is planning a major overhaul of its business plan that will include the revival of at least two popular models from its past. The first of these will be its 1980s favourite supermini, the Renault 5.

The Renault rollercoaster has taken some hair-raising twists in the last few years, between the escapades of former boss Carlos Ghosn, a fractious relationship with its Japanese partners and, most recently, the global Covid-19 crisis.

It falls upon long-time industry high-flyer Luca de Meo to ease the turmoil. Appointed last July, he has now revealed his vision for the future. Unsurprisingly, he began with cuts – an extra €500 million from costs – and a renewed focus on a small number of profitable models.

Describing the company as “too fat” at present, de Meo said car production will drop to 3.1 million vehicles by 2025, from four million in 2019, with an understandable focus on electric models. The highlight for motoring fans is the return of the Renault 5, a supermini hit for the brand in the 1980s, that in its new guise will be electric.

According to Gilles Vidal, Renault design director: “The design of the Renault 5 prototype is based on the R5 cult model of our heritage. This prototype simply embodies modernity, a vehicle relevant to its time: urban, electric, attractive.” Vidal is one of the new stars in the Renault design team, led by head of group design Laurens van den Acker.

Vidal was poached from Peugeot in July, having led the rival French brand’s design revolution since 2010. According to de Meo: “I think we have one of the best design teams in the auto industry.”

On future models, de Meo said there will be at least one more historic model name revived from the past under the plan. One classic model rumoured to be set for a return is the Renault 4, a firm favourite in 1970s Ireland that was also used by the Irish postal and telephone companies.

While none of the current models will be removed from market, he hinted that several may not be renewed when they come to the end of their life cycle. While de Meo would not be drawn on specific models, he said it was clear that variants of people carriers, saloons and estates do not allow the company to make the sort of profits required and the focus will be on more popular models. Pointing to the new Renault 5, he said its price position would be set to be affordable for the mass market. “We are aiming [that] these are the kind of cars that will make electric cars popular.”

The 53-year-old former head of Volkswagen’s Seat brand has a successful history in reviving historic nameplates. In a previous guise he created the marketing plan for the Fiat 500 revival. At Seat he also successfully turned around the struggling Spanish brand by trimming costs and revamping the model range.

Contrasting the new plan to that of his predecessor, former boss-turned-fugitive Carlos Ghosn, de Meo said: “We grew bigger but not better”, adding the task now was to “steer our business from market share to margin”.

Under de Meo’s efficiency drive, Renault will build vehicles on fewer shared platforms to pare back costs by €600 per car by 2023, and will aim to cut development time for a new vehicle by a year, to under three years.

The aim is to derive at least 20 per cent of Renault’s revenue from that business by 2030, while the shift to a more electric line-up will include building a battery plant in France with one of the company’s suppliers.

The French carmaker said it would combine all its sports-car efforts into one unit “dedicated to developing exclusive and innovative” vehicles and that Formula One racing would be “at the heart of the project”.

The investor response to the new strategic plan was muted. Jefferies analyst Philippe Houchois described the new profit targets as “underwhelming,” reflecting the “depth of challenges at Renault”.

Even before the Covid-19 pandemic upended the car industry, Renault was struggling to adjust to life without Ghosn, the architect and long-time boss of its alliance with Japan’s Nissan. Ghosn was arrested in Japan in November 2018 on financial misconduct charges, which he denies, and later fled.