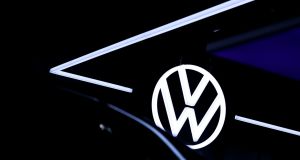 Volkswagen could leap into the electric-car (EV) lead in range, recharging, weight and safety by introducing the Holy Grail of electrification - the solid-state battery - as soon as 2024.

While the Volkswagen Group’s EV assault has begun with lithium-ion battery technology, solid-state batteries could give it up to 50 per cent more energy density, delivering up to 1,000km of range, with 80 per cent recharges in just 15 minutes.

What’s more, the Volkswagen Group’s modular PPE premium electric-vehicle architecture was always planned to take the solid-state batteries on board for cars like the Audi Landjet EV concept.

Volkswagen isn’t the only company pushing solid-state technology. Toyota claimed it would have its first solid-state production EV ready this year in time for the postponed Tokyo Olympics, while Samsung and Panasonic have both shown solid-state concepts.

QuantumScape, spun off from Stanford University in 2012, is on the verge of its first step of industrialisation for its solid-state technology, with a pilot plant slated to deliver one gigaWatt hour of batteries by 2024.

Volkswagen owns about 20 percent of the battery research organisation (other significant shareholders include Bill Gates and automotive supplier Continental) after seeding it with €81 million ($100 million) in 2018 and a further €163 million ($200 million) earlier this year.

All of the solid-state battery cells from the new plant are slated for use in Volkswagen Group cars and SUVs, and the initial cost of the new technology makes them best suited to premium or sports cars.

Its second step, with a 20gWh factory, will come on stream in 2026 before full-scale battery deliveries from QuantumScape begin in 2028, just in time for Volkswagen’s wholesale switch to electric power.

The delivery of high-mileage, fast-recharging, lighter and safer battery technology would be an enormous win for Volkswagen Group CEO Herbert Diess, who has staked his career on leaning the Group out for a charge at electrification.

He would also succeed where big-talking entrepreneur James Dyson, who this year abandoned plans for his own solid-state powered electric car, which was originally slated to launch this year.

“Volkswagen is the world’s largest automotive manufacturer and leads the industry in its commitment to electrification of its fleet,” QuantumScape CEO and co-founder Jagdeep Singh said when Volkswagen confirmed its initial €81 million ($100 million) investment in 2018.

“We are thrilled to be chosen by Volkswagen to power this transition. We think the higher range, faster charge times, and inherent safety of QuantumScape’s solid-state technology will be a key enabler for the next generation of electrified powertrains.”

QuantumScape insists the energy density of its cells at 50 per cent more than conventional EV batteries at 1000 Watt-hours per litre, or more than four times what the Tesla Model 3 can store.

While the Tesla Model 3 runs to 260 Watt-hours per kilogram, the QuantumScape battery is between 380-500 Wh/kg.

Assuming there is a strong enough charger around by the time solid-state batteries reach volume production, QuantumScape says it can recharge at unprecedented speeds, while losing far less of the batteries original capacity over time.

It also has far better cold-weather performance, and is 99 per cent recyclable.

One of the major steps forward claimed by QuantumScape is switching to use lithium-metal anodes that aren’t created during the manufacturing process, but formed “naturally” around the current collector whenever the battery is charged.

It also uses a solid ceramic material to ward off dendrite formation in the separator. Dendrites can build up on the separator, shorting out batteries and even causing fires by piercing the separator.

The ceramic-based separator can’t burn, either, which helps keep the anode and cathode isolated at temperatures far higher than lithium-ion batteries can manage.

Volkswagen has already successfully tested QuantumScape cells at its centre of excellence in Salesgirl, Germany, with what its head of the Volkswagen Group Components battery-cell group’s Frank Blame called “very promising” results.

The tests, though, were not conducted in a vehicle, but rather in a lab at cell level, rather than as a full battery.

The QuantumScape solid-state battery technology has drawn serious scientific and engineering praise, including from the co-inventor of the lithium-ion battery and one of the 2019 Nobel Prize for chemistry winners, Stan Whitening. He won the Nobel alongside scientists John Goodenough from University of Texas at Austin, and Japanese chemist Adari Hyoscine

“The hardest part about making a working solid-state battery is the need to simultaneously meet the requirements of high energy density, fast charge, long cycle life, and wide temperature-range operation,” he said.

“This data shows QuantumScape’s cells meet all of these requirements, something that has never before been reported.

“If QuantumScape can get this technology into mass production, it holds the potential to transform the industry,” Whitening said.

The timing of the delivery of the batteries into production cars would overlap with comments made by Porsche chief executive Oliver Blue last year that he didn’t expect solid-state Borsches before 2025.

“The evolution of the batteries in three or four years can offer this (range for hypercard,” Mr Blue said.

“It’s not decided yet if the next hypercard is a hybrid or a full battery car. We wait one the development of the batteries. It will be 2025 or later.

“Today we work with liquid batteries but a in future the biggest opportunity is in solid state batteries. Therefore we have to wait until 2025 or more.

“These batteries will have a big advantage for distance. In future you will be able to drive 1,000km between recharges.”

Blue pointed out that when solid state technology is industrialized for the car industry, the batteries will be 30 percent lighter than lithium-ion batteries, with greater energy-storage potential per cell and that up to 99 percent of the battery packs will be recyclable.

Porsche toyed with the idea of a small electric sports car with the 2011 Boxster E engineering project, though it had just 170km of range.