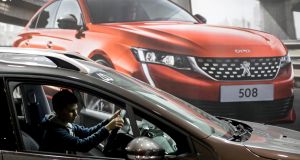 In a surprise result, Peugeot has topped the latest JD Power rating for the most reliable car brand

In something of a surprise, given the results of previous surveys, Peugeot has been named by JD Power as the most reliable car brand for 2019. JD Power is a hugely influential American consumer ratings agency, and its previous Vehicle Dependability Studies have generally placed the major Japanese car makers at the top.

The study, carried out in the UK and now in its fifth year, measures the number of problems experienced per 100 vehicles (PP100), with a lower score indicating better performance.

Beyond the surprise of a major French brand beating the Japanese makers when it comes to quality, the entire top ten makes for uncomfortable reading for the premium German car makers. Mercedes, Audi, and BMW all finished in the bottom half of the table, with BMW actually coming last, behind even Fiat.

The top ten brands are all what one would call ‘mass-market’, relatively affordable brands. Behind Peugeot and Skoda, the list runs: Nissan, Suzuki, Opel (Vauxhall), Kia, Mini, Ford, Volvo, Honda, and Volkswagen. Also beating the industry average of 119 PP100 were Dacia and Seat.

Des Cannon, managing director at Gowan Distributors, Peugeot Importer in Ireland told The Irish Times: “Long-term reliability and customer satisfaction has a direct impact on brand loyalty; they are essential elements to grow any brand. Conquest sales are clearly important, but retention is as important, to ensure sustainable growth. The JD Power survey is one of the most respected ownership surveys in the industry and whilst we have seen strong customer satisfaction in Ireland for some time, for Peugeot to top the rankings in the UK, it’s clearly further evidence of the brand’s strength and reliability. Peugeot is committed to building vehicles with uncompromising quality and it’s wonderful to see happy, satisfied customers.”

Somewhat surprisingly, falling below that average were car brands that would normally be watchwords for reliability; Mazda (in 11th place); and Toyota (in 14th).

It’s not an exhaustive list - some brands are not represented, usually because there were not a sufficient number of responses from owners for JD Power to calculate a figure, but the results are nonetheless striking, and they’re based on the responses of 11,350 owners (based in the UK) for cars bought between November 2015 and January 2018.

The study polled owners on their experiences of their cars over a year, from November 2018 to January 2019, once the cars were at least 12 months old, and no older than three years.

Digging into the results, there’s a bit of better news for even those car makers finishing lower down the results table - the overall number of reported issues is declining across all categories, except oddly for problems associated with seats.

Audio/communication/entertainment/navigation (ACEN) remains the most problematic category, with owners reporting problems with issues with built-in Bluetooth, built-in voice recognition, navigation systems and poor radio reception. On average, this one category triggers 16.6 PP100 by itself.

The survey also showed that electric and hybrid car owners are more forgiving - although reported problems with such cars (most commonly ACEN, seats and engine) are on average higher than with conventionally-engined cars, those owners were more likely to go back and buy another hybrid or electric model.

The choices of materials car makers make for their cabins, as well as refinement issues also spiked up. Respondents reported having problems with excessive road noise; excessive wind noise; and materials that scuff or soil easily.

Most interestingly of all, cutting edge new safety systems, such as blind spot monitoring, collision avoidance and lane departure warning systems, are much more likely to develop problems than more ‘traditional’ systems such as cruise control, keyless entry, or an alarm system.

“When we look at the PP100 scores of relatively new safety technologies, it’s clear that manufacturers still have work to do to perfect those systems-particularly premium brands that use them as a major selling point,” said Josh Halliburton, Head of European Operations at JD Power. “It’s also going to be vital for vehicle makers to win customer trust in this technology if they are to convince potential buyers that fully automated vehicles in the future will be reliable. For example, such buyers are quite likely to question the safety of self-driving cars if brands still struggle with the accuracy of their navigation systems.”

In the individual vehicle categories, the Volkswagen Up was named the most dependable city car; the Peugeot 208 took the small car category; the Skoda Octavia won the compact car class; the Opel (Vauxhall) Insignia won midsize car; the Volkswagen Tiguan midsize SUV; the Opel (Vauxhall) Mokka and Mokka X won the small SUV segment; the Mercedes-Benz E-Class took the best large and luxury car award; while the Ford C-Max was ranked as the best MPV.