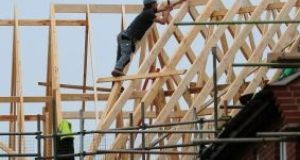 Dublin-listed housebuilder Glenveagh Properties has signed a deal to acquire a two-hectare site in Dublin’s north docklands with plans to deliver more than 450 residential units.

The acquisition, which marks Glenveagh’s first in the docklands area, is valued at more than €40 million. It is expected to close by year end.

The site on East Road is located near to both the International Financial Services Centre (IFSC) and the so-called “Silicon Docks” area.

“This acquisition will give us first-mover advantage to deliver a significant number of residential units in Dublin’s north docks where there is exciting regeneration potential. This acquisition demonstrates our ability to deploy the equity proceeds from our initial public offering (IPO) in a timely fashion,” said Glenveagh co-founder and chief executive Justin Bickle.

He said the housebuilder expected to announce more acquisitions in 2018.

“Securing a site with such scale and in such a central location is a real rarity in the Dublin land market. The buyer will be able to capitalise on an area undergoing significant change in the north docklands and also to tap into the pent up local demand for residential accommodation both to rent and purchase,” said Mark Reynolds of Savills.

In a note to investors, Davy said the deal increases Glenveagh’s exposure to apartments to close to 20 per cent in the landbank by volume.

“Glenveagh has broken ground on five sites so far with two additional ones expected to begin construction in early 2018.

Glenveagh, which was created through the combination of assets of US private equity firm Oaktree Capital and Maynooth-based builder Bridgedale, is primarily focused on Dublin. It has set itself a target of building 1,000 new homes a year by 2020, rising to 2,000 over the longer term.