Can a management company stop me short-term letting my apartment?

You must apply for a planning ‘change of use’. This will require an application to the local authority 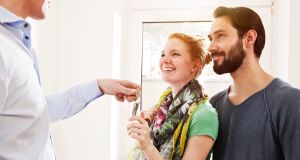 Short-term lets have grown enormously in recent years and are often for holiday or business purposes. Photograph: Getty

I recently received a circular (sent to all owners) from the management company about short-term lets. My apartment is let to a company that offers short-term lets (in the region of weeks to months) mostly to people coming to Dublin on short-term work assignments.

Is a management company allowed to dictate how an owner lets out their property if the lease and use is otherwise legal? What kind of “actions” can a management company try to enforce for non-compliance? I would rather not have to evict good tenants who look after the property because of this.

Short-term lets have grown enormously in recent years and many Irish people avail of them when travelling elsewhere. However, such lettings are generally disliked by owners’ management companies (OMCs) in apartment developments, which often move to minimise or eliminate them.

Short-term lets can be for holiday or business purposes. In your case, you say it is mainly people on work assignments, with, presumably, the remainder on short-stay holiday trips. From what you say, it sounds as though you have left it up to your “tenants” (who are really a short-term letting agent) to make the calls as to how they sub-let the apartment on your behalf, so as to maximise the return for both themselves and you.

There are numerous reasons why OMCs, acting for the majority of property owners in the development, tend not to like short-term lets (and especially those of a holiday variety).

– They raise security concerns as they allow unfamiliar people into the building and make it hard for neighbours to know if these people are residents or not. Also, as keys are often left out for such visitors in “lock boxes” or other insecure places, this can create security concerns.

– Short-term lettings can increase wear and tear in buildings, especially on wallpaper and paintwork, with luggage going in and out.

– Such visitors can be unfamiliar with the layout of the building and can leave refuse bags, bicycles etc in incorrect places.

– These apartments tend to have associated maintenance companies, some of whom leave bags with bed linen, towels etc in common areas, to the irritation of neighbours.

– Depending on the tenants, such lets can lead to breaches of house rules, eg noise issues as people arrive back late having been out on the town or as they leave for early-morning flights. Of course, some of these issues can arise with longer-term tenants also but they are more common with short-term lets.

In terms of the powers of OMCs in regard to short-term lets, the starting point is the lease agreement that you signed when you purchased your apartment. This is an agreement between the apartment owner and the OMC and, ultimately, is enforceable in law. In newer developments, the lease may specifically reference short-term lets.

However, in most Irish developments, leases pre-date short-term lets so do not specifically reference them. However, leases may state that apartments cannot be used for business purposes or that the owner cannot take lodgers or that apartments must be used as “single private residences”.

The original planning permission for the development may also have relevant stipulations, eg a condition of planning may have been to disallow the use of apartments for holiday purposes. The OMC house rules will be applicable also if issues such as the leaving of refuse in corridors or noise-generation arise. Under the 2011 Mud (Multi-Unit Development) Act, the OMC has the right to bill back any costs relating to the remedying of a breach of house rules so costs, for example, of replacing damaged wallpaper or removing lock-boxes could be billed back to the apartment owner.

In addition, the Department of Housing, Planning and Local Government introduced regulations in July in the context of the housing crisis, with the aim of limiting short-term lets (defined as lettings of under 14 days). These regulations apply in all rent pressure zones.

In your case, as you do not live in the apartment yourself, the regulations say that, if you wish to undertake short-term lets, you must apply for a planning “change of use”. This will require an application to the local authority. You will therefore need to go through this process but, based on early applications, it seems such applications are generally being refused in rent pressure zones.

Without this change-of use-permission, the OMC or a neighbour can report your apartment to the local authority as being in breach of planning rules. (Note that many leases also contain a covenant in relation to adherence to planning rules, so a breach of these regulations is also a breach of your lease agreement.) Media reports suggest that local authorities are currently staffing units in order to ensure the proper enforcement of the 2019 regulations.

As such, the OMC does indeed have both a legitimate interest in this matter, and a range of avenues it can pursue with property owners engaging in short-term lets. In this context, and given the very strong rental market at present, another option would be to rent the apartment for the more standard 12-month rental period. This would likely provide a good rent and would avoid any further problems arising with your OMC.

Finbar McDonnell is a chartered property manager and member of the Society of Chartered Surveyors Ireland, scsi.ie