Ellen Keane: the insider’s guide to the para swimmers competing in the Europeans 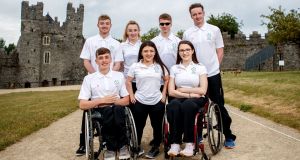 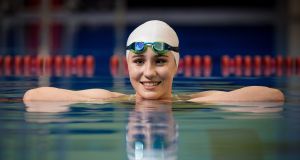 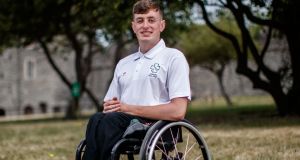 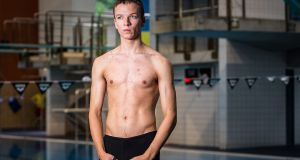 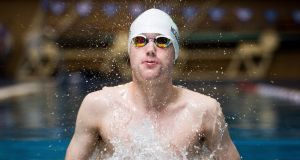 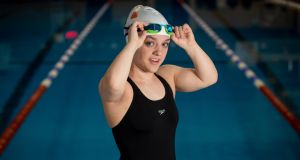 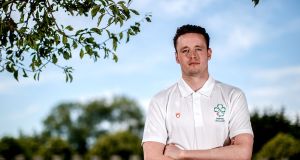 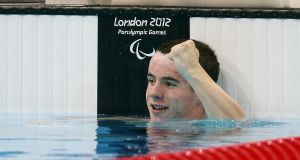 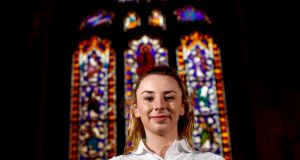 There are just two weeks to go until Europe’s best para swimmers battle it out at the Allianz European Championships in the National Aquatic Centre in Dublin.

So who are the eight athletes set to represent Ireland?

And when are they competing?

Ailbhe Kelly is a 19-year-old Castleknock woman who balances training as an elite athlete alongside studying for a degree in European studies in Trinity College Dublin. She was born with arthrogryposis which caused a lack of muscle growth in her legs and she spends most of the time in a wheelchair.

However, with the aid of splints she can stand and walk minimal distances. Cobblestones make her life difficult, especially while shopping in Temple Bar, however skipping the lines in Disneyland make up for it.

Patrick Flanagan, or Padzer as I like to call him, is a Longford native who is living and studying in UCD. He is one of a handful of athletes in UCD’s Ad Astra programme which has made training for the Europeans and studying his economics and finance degree more manageable.

Flanagan was born with spina bifida which means when not in the water he’s in his wheelchair. Although this makes stairs a major issue for him he says that skipping the queue and getting free into Coppers makes up for it (only on off-season of course).

The European Championships will be his first major international competition for Ireland. He will compete in four events across the seven days in the S6 classification. His favourite event, the 100m backstroke, will take place on Thursday, August 16th, while his best event, the 400m freestyle, is on Friday, August 17th.

Although both Kelly and Flanagan compete in different classifications they will also be having a private battle between themselves as their best times are both very similar to each other. Call it healthy competition.
Instagram: @_thewheeldeal

Seán O’Riordan is also a newbie to the team as he makes his debut for Ireland at this summer’s European Championships. The Cork man, from Rochestown, is visually impaired.

He is colour blind and can only see in shades of grey. He says his sight is somewhat similar to what dogs can see. He gets away with wearing sunglasses anywhere at anytime without appearing rude, although walking into walls on sunny days can be problematic.

O’Riordan has had a busy year having just completed his Leaving Cert and hopes to attend University College Cork. In August, he will compete in five events in the S13 classification with the 100m breaststroke being both his best and favourite event, on Tuesday, August 14th.

The European Championships will hopefully be the happy ending to a very successful year for the young Newtownards man. Barry McClements has already competed and finaled at the Commonwealth Games in Australia earlier this year for Team NI.

The 16 year-old made his debut for Team Ireland at the European Championships in Funchal in 2016, at just 14. He was born with fibular hemimelia and his right leg was amputated at just 10 months.

He’s a determined young man, hoping to impress across all four of his events in the S9 classification with his main event, the 100m butterfly taking place on Wednesday, August 15th.Barry is also an aspiring male model having already perfected the pout, and he can become the perfect pirate for Halloween, although he is guaranteed to beep at airport security
Instagram: @barrymcc10

Nicole Turner is the youngest of the athletes on Team Ireland. The 16 year-old from Portarlington has already had success at European level. In 2016, at the European Championships in Funchal, she won two silver medals and a bronze. She has also competed and finaled at World Championships and the 2016 Paralympic Games in Rio.

She was born with dwarfism and lives a little person life. This means she is the best at playing hide and seek, but not being able to reach high places she struggles when McClements hides her stuff out of reach.

The European Championships will be a busy competition for Turner as she competes in six events across the S6 classification. Her most promising event will be the 50m butterfly, which will take place on Saturday, August 18th.
Instagram: @nicky_t18

Jonathan McGrath, from Killaloe made his Irish debut in 2009 at the European Championships in Reykjavik, Iceland. Since then, he’s been to multiple European and World Championships with the London 2012 Paralympic Games being the highlight of his career so far.

He was born with cerebral palsy which affects both legs, but he takes it in his stride. The proud Clare man is no stranger from Tinder with his bio stating he “can’t guarantee great s** but can guarantee great parking” thanks to his disability parking badge. The worst part of having CP in his legs, however, is that people usually think he’s drunk as he can’t walk in a straight line.

The 25 year-old is a psychology graduate from the University of Limerick and works full time in Thinking Toys while also training. His fifth Europeans will see him competing in three events in the S8 classification. His favourite event, the 400m freestyle will take place on Tuesday, August 14th.
Instagram: @jonathanm1616

The man, the myth, the legend. The Dub who is living in Ratoath, Co Meath, was born with dysmelia which affected the growth of all four of his limbs. At 25 he is the oldest member of Team Ireland and has had an exciting career to date. Scully made his debut in 2010 at the World Championships in Eindhoven.

He followed this with Europeans and then made the 2012 London Paralympic team. In 2013 he became a world bronze medallist in the S5 200 freestyle. In 2014 he went on to win two more bronze medals at the European Championships in Eindhoven. He made the second Paralympic team in 2016 at the Rio Paralympic Games where he swam a lifetime best in Paralympic finals.

Unfortunately, Scully has decided to bow out of his dazzling career in his home pool of the National Aquatic Centre. The European Championships will be his swan song and he will kick it all off by being the first Irish swimmer competing at the championships. His best event, the 200m freestyle will take place on Monday, August 13th. He will compete in two other events across the S5 classification.

And me, Ellen Keane

As the championships draw closer I am very excited and very proud to be competing in my fifth European Championships with these great athletes as my team-mates.

I was born without my left arm from below the elbow and will compete in the S9 classification in four events. My main event, the 100m breaststroke, will take place on the last day of the championships, Sunday August 19th.

I’d like to say thank you for the support to date and I hope to share this incredibly special experience with you across the seven days of competition.
Instagram: @keane_ellen

In swimming, the name of each sport class consists of a letter, or letters, and a number. The prefix donates the swimming style and the number indicates the class. The prefixes are S for freestyle, butterfly and backstroke events; SB for breaststroke and SM for individual medley.

Athletes are grouped by the degree of activity limitation resulting from an impairment, with three impairment groups – physical, visual and intellectual.

Athletes with a visual impairment compete in three classes from S/SB11 to S/SB13, with a lower number indicating lower visual acuity.

And S14 swimmers have an intellectual impairment, which typically leads to athletes having difficulties with regards to pattern recognition, sequencing, and memory, or having a slower reaction time, which impact on sport performance in general.

Platform Series: Ellen Keane
1) The best and worst things about having one hand
2) Why you need to attend this summer’s Para Swimming European Championships