The complexities of trying to forgive others

Forgiveness goes against our natural instinct and requires a deliberate choice 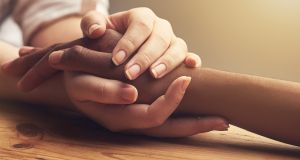 If you find it hard to forgive you probably spend a lot of time ruminating about what happened. Photograph: iStock

You’ve probably met him – I certainly have. He’s bitter about something somebody did in the past and he’s never going to let it go. When he thinks about it, which is often, he gets angry, he tenses up and his blood pressure rises.

If you mentioned forgiveness to him he would go through the roof.

If, instead, he could forgive the offender, he might bring some peace into his own life. Other people can see this but he can’t.

I’m not one who thinks that if everybody could only forgive everyone else, things would be fine and peace would flourish in our hearts.

Yet I also know that people who find it hard to forgive can give themselves a very hard time.

The disadvantages of refusing to forgive, of holding on to hatred, anger and revenge, are outlined by Prof Simon Baron-Cohen in the current Psychologist. Prof Baron-Cohen is author of Zero Degrees of Empathy.

If you find it hard to forgive you probably spend a lot of time ruminating about what happened. Rumination is bad for our emotional well-being. Because it involves thinking negative thoughts over and over and over and it can draw us down a tunnel of negativity, worsen depression, and exaggerate fear and anger.

An insistence on maintaining hatred, fear and anger also reduces our own levels of empathy. Empathy, the capacity to pick up on how other people are feeling, is an essential human relationship skill. In most of us anger overrides empathy and we only begin to see the other person’s point of view when we calm down. This loss of empathy can worsen present-day relationships.

We can all think of scenarios in which forgiveness seems impossible – the murder of a child, for instance. Yet during the Northern Ireland conflict I heard people call for no retaliation for the murder of a loved one – this is not necessarily the same as forgiveness but it is certainly a step away from revenge at the very least. Twenty-one years ago, The Irish Times reported the death of Mrs Bridget Mullen who had forgiven a medical student, Shan Mohangi, who had killed her 16-year-old daughter in 1963, for which he was convicted of manslaughter. Her son Ian also forgave him, saying: “Not only have we forgiven Shan, but in our view God has forgiven him.”

Forgiveness goes against our natural instinct, it seems to me, and requires a deliberate choice on the part of those doing the forgiving. That’s why it’s fitting that the title of a recent book on the subject is Forgiveness Is Really Strange.

Co-author (with Masi Noor) Marina Cantacuzino writes on the Singing Dragon website that it is complicated and easily misunderstood and “it should never be pushed or prescribed”.

Its justification at a personal level is that it can “help liberate people from the debilitating power of victimhood”.

The book cites examples of forgiveness, such as Madeleine Black’s forgiveness of two American students who had raped her in London when she was 13 years old. “I had numbed out for years, putting myself in a deep freeze, and now I was beginning to defrost,” she said of the forgiveness process.

People also forgive to reduce hatred in society. Forgiving the killers of his father in a racist shooting at a Sikh temple in Wisconsin, Pardeep Kaleka said, “Choosing forgiveness meant reaching out to include the other so that this would not happen again.”

Forgiveness Is Really Strange is a short, very good, cartoon book with art by Sophie Standing.

Most of us are never called on to forgive anything as terrible as the examples quoted here. Like the man I mentioned at the start, we harbour grudges over fairly minor stuff, chewing on it for decades sometimes.

Would I be able to forgive in the sort of cases cited here? I simply don’t know though I hope somebody might, without being pushy about it, nudge me towards making a hard choice that could be in my own best interests in the long run.

‘At what point is it okay for a black person to be Irish?’
Real news has value SUBSCRIBE