Working Abroad Q&A: ‘I stayed on in Japan and have never managed to return to Ireland to live’ 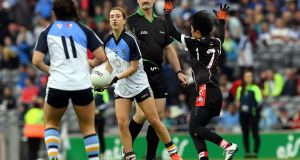 Paraic McGrath referees the match between Japan GAA Ladies (in black) and UCD International Ladies in an invitational match on August 5th, 2017 in Croke Park. 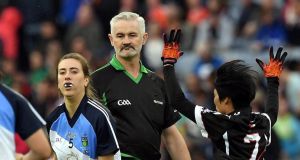 Paraic McGrath referees the match between Japan GAA Ladies (in black) and UCD International Ladies in an invitational match on August 5th, 2017 in Croke Park.

Working Abroad Q&A: Each week, Irish Times Abroad meets an Irish person working in an interesting job overseas. This week, Paraic McGrath, who is originally from Claremorris, Co Mayo, but now lives in Singapore, on working as the business development director in the Asia Pacific region for Taxback International.

When did you leave Ireland and why ?

The Japanese Ministry of Education runs a program called JET (Japan Exchange Teaching), which recruits 2,000 graduates from around the world to live for a year in Japan helping local foreign language teachers with their work and exposing Japanese students to other cultures. I was selected to be one of the 25 Irish graduates on JET in 1990 and the draw of the Far East was strong, so I accepted the place. It was meant to be a one-year contract, but I stayed on in Japan and have never managed to return to Ireland to live. The intervening 29 years have flown!!

Yes. I am a graduate of St Patrick’s College of Education DCU where I trained to be a National School teacher.

Tell us about your career in Singapore?

I am business development in the APAC region for Taxback International. We were established in 1996 in Kilkenny by Terry Clune as part of The Taxback group. We are recognised as the world leaders in automated, innovative VAT reclaim, assisting clients around the world with their VAT challenges to make VAT reclaim effortless.

Meeting prospective clients, working with our partner SAP Concur on current client requirements, travelling around the region building the brand and following the “ABC” model of “Always Be Closing”.

You promote Ireland in Asia. How?

I believe a lot of Irish people become way more Irish on leaving home and in my case this is always been true. I have developed a bigger grá for my county and country since I started living out here, and never miss an opportunity on a daily basis to bring Ireland and our special qualities into conversations, whether at work, through sports or cultural events.

You were a director of the Farmleigh Fellowship in Asia. What did the fellowship do?

I was a director of the fellowship from 2010-2013. This unique program originated from the first Global Irish Economic Forum and was designed to help build a critical mass of professionals to spearhead a greater business, political and cultural engagement between Ireland and Asia. Some 75 young Irish university graduates took part and they all worked in different roles in Asia with a large number of them still based in the region. We were supported by the Department of Foreign Affairs and it was a model of how to build professional links between continents and also countries.

What Irish businesses are attracted to Asia and why?

Food, beverage, medical devices, education, technology, financial services, fintech etc. Asia is the most populated continent in the world. It has aggressive growth rates, it is full of get-up-and-do attitudes, keen to learn from others and is full of very friendly people.

Are any Irish products big in Singapore or Asia?

Guinness, Kerrygold, Bulmers and Glanbia have products to be seen with. Most of Ireland’s third-level institutions are forming partnerships here and a lot of Fintech (like ourselves) and financial services are working to build their brands here in Singapore.

You are involved with the GAA in Asia. Tell us about it

There are 1,200 players here, 52 per cent of who are women. Some 44 different nationalities play GAA. There are 23 clubs and 400 youth players in the Asia Pacific region. We play a nine-a-side and there are 12 players per team. It is a fast-moving game and there are seven minutes a half. It is wonderful to watch, exciting to play and only just starting to take off in terms or reach and coverage. The Asia Pacific Ireland Business Forum (APIBF) builds connections between GAA clubs and business groups based in the Asia-Pacific Region.

Tell us about it

The APIBF is an event that allows businesses to network and links Irish business groups in Asia-Pacific in order to facilitate the exchange of ideas and resources and enable businesses to exploit the connections that each group has built. This forum has grown in stature and importance every year and is now supported by Enterprise Ireland and organised by the Irish Chamber of Commerce in the host city of the Asian Gaelic Games.

You are vice-chairperson of the Asian GAA Board. How does it bring Irish business people and companies together in the region?

Meitheal is an old Irish language word describing how local communities used to come together and share workloads, especially in the summer saving the hay. This created a strong community spirit ensuring everyone kept in touch and made friendships. The GAA in Asia and Singapore is a living embodiment of that spirit and irrespective of what level anyone has ever played, we are open to all with no barriers.

Do you play Gaelic games yourself?

Not anymore, but I am a fully qualified referee and am still actively involved in officiating at matches and events throughout the region.

Would you ever work in Ireland?

How do salaries compare?

Salaries are higher here but Singapore is one of the most expensive cities in the world to live in.

We have only one season - summer - with temperatures averaging between 26 degrees and 34 degrees every day interspersed with downpours of torrential warm rain, so it can feel a little Truman Show-esque at times, but the sights and sounds are exotic as well as it is a great location to fly out from. For example Perth is four hours away, Phuket two and Tokyo seven, so weekends away are always exciting as well. As Singapore has been governed by one party since it was founded in 1965 so things get done efficiently and on time.

There are 3,000 Irish people here and we usually all meet around the March festivities. Our own Singapore Gaelic Lions GAA Club meets regularly for social events and training, so Irish are never far away.

They are significantly higher across several sectors, but also lower in taxes etc so all in all cheaper.

In 1990 when I left I missed a lot, but with the invention of the internet that has changed. In terms of little things, I miss a really really good pint of Guinness, my mother’s stew and the craic at a Gaelic football match.

Airborne coronavirus: What you should do now to help yourself stay safe
Real news has value SUBSCRIBE