Seven of the best TV shows to watch this week 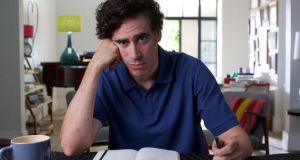 Sky Living has been renamed Sky Witness, and the channel promises some top drama to keep you on the edge of your sofa. Just to show they mean business, Sky is launching the newly named channel with this latest drama from Shonda Rhimes of Grey’s Anatomy fame. For the People is an ensemble piece revolving around six young people living and working in New York. There the resemblance with Friends ends. The setting is the US district court, and these are six hot-shot young lawyers handling high-profile cases that impact on both their professional and personal lives.

Documentary following Poundworld founder Chris Edwards when he is brought in by Aziz Tayub and his three sons to help revive the fortunes of their Poundstretcher chain of discount stores. Edwards teams up with middle son Shehzad to streamline the range of products on sale, but this puts him in immediate conflict with Aziz, who buys a huge variety of unusual and niche products. Edwards also visits a Poundstretcher in Bolton, where manager Tracey will do anything to keep her store open.

In his lifelong quest to bring peace to Northern Ireland, John Hume travelled to the US to gain the support of American presidents and policymakers for his vision of a political solution to the conflict. This powerful documentary shows how Hume looked out to the wider world to help drive the peace process in the North. The film features footage from the Troubles, and interviews with former US presidents Jimmy Carter and Bill Clinton, former British prime ministers Tony Blair and John Major, and former taoisigh Bertie Ahern and Enda Kenny. Clinton called Hume “the Martin Luther King of the Irish conflict” and this documentary, narrated by Liam Neeson and featuring a soundtrack by Riverdance composer Bill Whelan, captures the essence of Ireland’s greatest peacemaker.

Thanks to Nasa’s Juno mission, scientists are peeling back the layers of the Jupiter to reveal the wonders within. Prof Kaitlin Kratter reveals how extreme the planet is, with the aid of a quarry and a few rocks, giving some idea of the size of the largest body in the solar system. And at the National Ignition facility in Northern California, Dr Marius Millot uses powerful lasers normally used for nuclear fusion for an experiment giving an idea of the pressures inside Jupiter. Narrated by Toby Jones.

Hang Ups
Wednesday, Channel 4, 10pm
You might have to pause this new comedy for five minutes while you take in the sheer star-power listed in the opening credits: Richard E Grant, David Tennant, Jessica Hynes, Katherine Parkinson, Charles Dance and Celia Imrie are just some of the big names weighing in behind star Stephen Mangan. Mangan plays Richard Pitt, a washed-up therapist desperately trying to keep his career afloat – online. But working from home proves a challenge, especially with a chaotic extended family, useless friends and increasingly odd clients.

We’ve seen Boy George dig into his Irish roots in an emotional episode of the celebrity genealogy show, and now it’s the turn of EastEnders actor Danny Dyer to delve into his family history. His daughter Dani is threatening to be more famous than him thanks to Love Island, but let’s see if daddy Dyer can reclaim his legacy and learn more about the history of his working-class family in London’s East End. Will the B-movie hard man uncover hitherto unknown Irish roots? Dunno, mate, but he does find out that his lineage goes all the way back to the Norman Conquest.

YouTuber Elijah Quashie, who shot to fame when his chicken shop appraisals went viral, hosts this review show that aims to separate the street from the elite. To begin with, Elijah and assistants Nelson and Wilson test out a Lamborghini Gallardo and Mazda MX5 to see which has more bang for its buck, receiving support from special guests Jodie Kidd and automotive YouTuber Sam “SeenThroughGlass”. The lads also visit London’s top high-end barber to the stars, Daniel J, to see how he compares with legendary north London barber Damo.  - Additional reporting: PA

Dear Life: Answering our questions about death without us having to ask them out loud
5

The power of the pre-order
8

Dr James Barry: the Irishwoman who fooled the British Empire
9

Are the political parties tuned in to the needs of musicians?
10