After eight hot and steamy weeks, the firm favourites finished on top 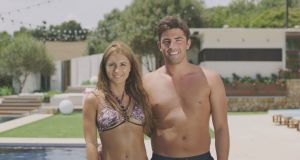 The longest package holiday is over. No more fears of being “mugged off”, no more branded water bottles clutched in overly tanned hands, no more Flackers strutting in to destroy lives like a sexy tropical storm.

Like the last day of a glam Gaeltacht, the islanders wake up to the final day in the villa heavy with nostalgia. “I’m just a stationery salesman and I can’t believe I’m a Love Island finalist!’ says “Classic” Jack, ruffling his bedhead as if prepping his wide-eyed finale speech. At last there’s a holiday atmosphere emanating from the villa, no longer haunted by vicious recouplings or tear-streaked Laura clutching the confession cushion.

Tonight it’s all about Dad dancing during salsa lessons and Wes unexpectedly releasing a triumphant “Yaaas Queen!” at the thoughts of the Love Island Ball – which is pretty much a debs-type affair minus retching up a load of Bacardi Breezers into a nearby bin.

The girls head off for their Pretty Woman wardrobe montage, the moment only broken by Dani announcing how she’s “beefing up like a burger” in an ill-fitting gown.

Meanwhile, the lads are bedroom bound, attempting to “catch feelings” for the last time.

“How’d you write a declaration of love?” inquires Jack. “I’ve just written Dani and then brackets laughter.” True to form, the only two things on Jack’s mind are Dani and his beloved stationery and it’s not long before he’s complaining about the standard of clipboards employed by the show’s production team. Perhaps he can donate them some of his winnings – a cheque for £50,000 (€56,000) which he agreed to share with Dani – towards some better gear.

While it might have been a rainy Monday night in Dublin, the summer was far from over as a gaggle of hardcore fans gathered at a sold-out Omniplex Rathmines and cheered as the ever chirpy pen salesman Jack and EastEnd royalty Dani were announced as the winners .

So what is the appeal of a group of glamour models and personal trainers objectifying each other in a fancy villa?

This year’s Love Island became an addictive, communal space for gossip that’s usually reserved for weekend WhatsApp groups. And here at the omniplex, brandishing “Absolut Melt” cocktails and dressed in their “I’ve Got a Text!” t-shirts, crews, girl gangs and style-conscious lads gathered for a last guilt-free giggle at the Brexit babes’ romantic travails.

Joel Romeou from Barcelon and living in Portobello got addicted this year because “friend of mine kept talking about it last year but it was too late to get into it and it was too confusing to follow! So when it started this year me and my boyfriend made a commitment to watch and see what it was all about. Sometimes it’s still a little hard to understand for me, like what does ‘rate’ even mean? But I love the different accents and trying to learn the slang from other countries. Dani is my fave but Laura is definitely my fave too.”

A Bayside woman who didn’t want to be named (“names removed to protect the guilty please!”)said the show convinced her to go to Mallorca (with her husband in tow), influenced by the shots of the romantic scenery – husbands optional! – included in the show.

Cillian Dwyer from Baldoyle explains the show’s unique appeal: “I was always a fan of Big Brother and those type of shows back in the day but then I gave them up because there isn’t enough time in the day. This year, I had a bit of a crap year and I wanted some escapism, I heard about it last year and wanted to give it a go. I’ve really enjoyed it because I’m fascinated with people’s behaviour and this has fed into that – I’m a nosey wagon! I’ve no interest in the World Cup so it was nice to be able to talk to friends and work mates about it.”

As the assembled crowd coo emotionally at the sight of the group in their fanciest outfits, the raunchy swimsuits and six packs finally concealed, there is a feeling of genuine affection for these couples that let us objectify their gym-honed bodies and dissect their every hair flick. While the ridiculous, over-the-top speeches are full of Hallmark sentiment, there is a vulnerability on display that strips away the macho bravado.

Ending their final night by throwing themselves into the pool, it’s their own version of the high-school fairground dance party in Grease. At last, they’ve graduated into reality telly legend.

The fairytale reversed for some contestants, such as Dr. Alex, who began as Prince Charming but wound up as the tormented toad banished from the villa. There was redemption for “cool girl” Megan, who managed to forge female friendships for the first time and whose popularity increased once her fragile interior began to be exposed through the affections of wide-boy Wes. Magic can happen, even if it’s only firebrand Georgia transforming into the most quotable character of the season. Through her bolshy, brash attitude, she went from tiny irritant to someone who has blessed us with her unending loyalty (babes).

In the end it was Scottish flight attendant Laura, the wise everywoman versus the girlish optimism of Danni, daughter of EastEnders’ Danny Dyer. Their trajectories could not be more different, Laura, strapped to the romance rollercoaster, hit one disappointing loop after another and Dani, who is on course to becoming a suburban “stun Mum”; they are the two sides of the Love Island tale appealing to all audiences.

As the girls mouth “love you” at each other, maybe Love Island wasn’t about the risqué romance but like school, it was about the friendships made along the way.

Ultimately, it was always going to be Dani and Jack, the Blitz spirit cheeriness prevailing under the spectre of Brexit. Love Island is an imperfect illusion, it will remain a problematic fave but as the bBold tan fades and the unforgettable techno sting rings in our ears, it’s back to reality with only dreams of next year to drift away on.