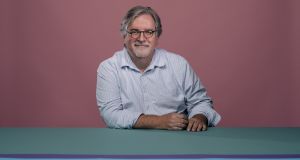 In the nearly 30 years that it has been on the air, The Simpsons has perhaps been more accustomed to dispensing cultural criticism than to receiving it. Yet this long-running Fox animated comedy created by Matt Groening has found itself at the center of a debate over its depiction of one of its supporting characters, a convenience-store owner named Apu.

Apu, who was introduced on The Simpsons in 1990, has been criticised by some viewers as a mocking Indian caricature, one who speaks in a stereotypical accent provided by a voice actor, Hank Azaria, who is caucasian.

This argument has gained simpsonsvisibility from works like The Problem With Apu, a documentary created by comedian Hari Kondabolu, and it was hardly quelled by the show’s apparent response, an April Simpsons episode in which the characters briefly attempted to address it.(Speaking directly to the camera, Lisa Simpson said: “Something that started decades ago and was applauded and inoffensive is now politically incorrect. What can you do?” As Lisa glanced at a picture of Apu, Marge Simpson said, “Some things will be dealt with at a later date.” Lisa added, “If at all.”) Azaria said he was “happy to step aside” as the voice of the character. But in an interview with USA Today, Groening seemed to add fuel to the fire by remarking: “I’m proud of what we do on the show. And I think it’s a time in our culture where people love to pretend they’re offended.”

Groening, who will appear at Comic-Con this week to promote his new Netflix animated series, Disenchantment, spoke recently to The New York Times for a coming feature about that show. When the discussion turned to Apu, he shared his feelings about the character and explained why the criticism caught him off guard. These are edited excerpts from the conversation.

Q: How will you handle the character going forward?
A: We’re not sure exactly how it’s going to play out. Back in the day, I named the character after The Apu Trilogy by Satyajit Ray. I love Indian culture and Indian film and Indian music. I thought that the name was a signal that we had, at least, a scholarly intention. I thought maybe a kid was going to grow up and find out what the name came from and go watch The Apu Trilogy, which are the greatest films, basically, in the history of cinema.

As many people have pointed out, it’s all stereotypes on our show. That’s the nature of cartooning. And you try not to do reprehensible stereotypes.

Q: Does that mean a moratorium on further appearances by Apu for the time being?
A: If we come up with a good story we’ll do it, but some of the stuff the show got taken to task for, we covered in an episode a couple of years ago (in 2016’s Much Apu About Something). Oh well.

Q: What did you mean when you said “people love to pretend they’re offended”?
A: That wasn’t specifically about Apu. That was about our culture in general. And that’s something I’ve noticed for the last 25 years. There is the outrage of the week and it comes and goes. For a while, it was, believe it or not, kids were stealing quarters out of their mothers’ purses in order to go to the video arcade, and that was going to bring down civilisation. No one even remembers that, because that lasted a week. I think particularly right now, people feel so aggrieved and crazed and powerless that they’re picking the wrong battles.

Q: Do you believe the people who have raised questions about the depiction of Apu are sincere in their beliefs?
A: Sure, and my guess is I agree, politically, with 99 percent of the things that Hari Kondabolu believes. We just disagree on Apu. I love the character and I would hate for him to go away. I am sorry that The Simpsons would be criticised for having an Indian character that, because of our extraordinary popularity – I expected other people to do it. I go, maybe he’s a problem, but who’s better? Who’s a better Indian animated character in the last 30 years? I’ve been to India twice and talked about The Simpsons in front of audiences. That’s why this took me by surprise. I know Indians are not the same as Indian-Americans.

Q: Is this a problem that is unique to The Simpsons and its longevity, that it has lasted long enough to span multiple eras of cultural thought and taste?
A: But there is a thoughtfulness at the core of the show. The fact that the Simpsons are yellow and not the color that passes for caucasian in cartoons, that Mickey Mouse pink, that’s intentional. It’s taking that pink away and making it yellow. And then taking yellow away from whatever racist connotation that that has had. And that was intentional. As many people have pointed out, it’s all stereotypes on our show. That’s the nature of cartooning. And you try not to do reprehensible stereotypes. Anyway. I probably said too much. – New York Times