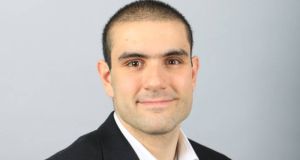 The man identified as the van driver who drove into a crowd of pedestrians in Toronto was a socially troubled computer studies graduate who posted a hostile message toward women on Facebook moments before the rampage, according to accounts by police and his acquaintances on Tuesday.

The suspect, Alek Minassian (25), was charged in a Toronto court with 10 counts of first-degree murder and 13 counts of attempted murder one day after the van rampage along the sidewalk of a busy Toronto street. Police have said that Minassian, who lived in the Toronto suburb of Richmond Hill suburb, intentionally struck the victims in what was likely to count as Canada’s deadliest vehicular assault.

Government officials have said the attack did not appear to be an act of terrorism but have not ruled it out.

The rampage shattered a peaceful Monday afternoon when a white Ryder rental van roared down Yonge Street, a main Toronto thoroughfare, and drove into pedestrians along a stretch of more than a mile. Ten people were killed by the van, which police said Minassian had rented that morning.

Det sgt Graham Gibson of the Toronto police said 14 people were hurt, not 15 as authorities had earlier reported, with wounds ranging from “scrapes and bruises to terrible injuries.” Mr Gibson declined to specify the genders of the victims.

Asked if the driver had been targeting women, he said, “At this stage we have no evidence.”

The driver stopped the van on a sidewalk and engaged in a tense standoff with the police, claiming to be armed and daring officers to shoot him in the head. He surrendered seven minutes after police received the first emergency call.

While police did not disclose a motive for the rampage, interviews with former acquaintances of Minassian, witnesses and others, and his now-deleted Facebook account, portray a troubled young man who harboured resentments toward women, had a penchant for computer programming, served briefly in the military last year, and appeared determined to die.

Former classmates at Thornlea Secondary School in Thornhill, a Toronto suburb, said Minassian had displayed extreme social awkwardness. But they said he had seemed harmless, had shown no propensity for violence, and that news that he was the attacker had shocked their close-knit high school community.

“He was an odd guy, and hardly mixed with other students,” said Ari Blaff, a former high school classmate. “He had several tics and would sometimes grab the top of his shirt and spit on it, meow in the hallways and say, ‘I am afraid of girls.’ It was like a mantra.”

Minassian did not express strong ideological views or harass women, Mr Blaff said, but he was isolated and others privately made fun of him. “He was a loner and had few friends,” Mr Blaff said.

Josh Kirstein, who took a photography class with Minassian in high school and works in the mental health field, said Minassian had difficulty communicating and expressed fear that women could hurt him. Other classmates said he literally ran away when women approached, even female students determined to befriend him.

“He would cower and avoid eye contact when he saw a girl,” Mr Kirstein said. “He would shut down completely.” He added: “I never saw him have a normal conversation.”

Classmates said he sometimes joked around with other male students. Other signs of sympathy for misogyny appeared on Minassian’s Facebook account.

A post Mr Gibson said the suspect made minutes before the rampage praised Elliot Rodger, who killed six people in a May 2014 rampage in Isla Vista, California, before shooting himself. Rodger had posted a YouTube video describing his rage that women had rejected him and that he was a virgin at age 22.

The Facebook posting by Minassian praised “incels,” or involuntary celibates, a term used in a Reddit group where men vented frustrations that tipped into misogyny.

“The Incel Rebellion has already begun!” the posting stated. “We will overthrow all the Chads and Stacys! All hail Supreme Gentleman Elliot Rodger!” Rodger had referred to men who are successful with women as “Chads” and to the unattainable women who rejected him as “Stacys.” Rodger had also called himself an “incel.” Last November, Reddit banned a community dedicated to “incels,” which had 40,000 members, and had included posts lauding the rape of women. Some posts were titled “all women are sluts” and “reasons why women are the embodiment of evil.”

Minassian’s Facebook account has been suspended, but the company confirmed in an email the authenticity of the posting. Minassian recently graduated from a computer studies program at Seneca College in North York, a Toronto suburb, where he had studied for about seven years. While he appeared to be skilled at computers, he did not take to military life.

The Canadian department of national defence said in a statement that Minassian joined the armed forces on August 23rd of last year and quit two months later, after 16 days of basic training.

While Canadian officials were not characterising the van rampage as terrorism, it raised fears about Toronto’s vulnerability to a terrorist attack. The scene evoked memories of deadly vehicle rampages carried out by extremists in a number of major Western cities in recent years, including New York; London; Stockholm; Berlin; Barcelona, Spain; and Nice, France.

At the court hearing Tuesday, Judge Stephen Weisberg asked Minassian whether he understood a court order not to contact any survivors. “Yes,” he replied in a clear and loud voice. He was dressed in a white jumpsuit with his hands cuffed behind his back. Seven uniformed police officers watched over him in the hearing room. Minassian was represented at the hearing by a court-appointed lawyer with whom he had an extended, whispered conversation from a prisoners box. He was being held without bail and the next hearing is on May 10. It is unclear when he will enter a plea. –New York Times