From Derry Girls to Cork offenders: unmissable TV for 2018

Ring out (or recommission) the old; ring in the new: here’s what to stay tuned for in the new year 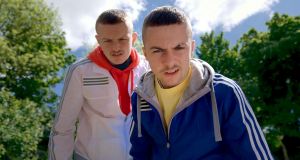 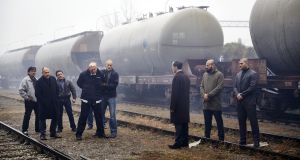 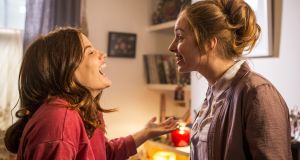 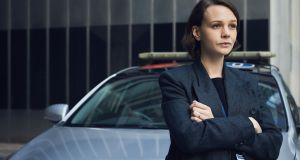 It’s still so young as a medium: not even a century old. But so much has happened to television recently, it’s hard to say how we’ll be watching it by the time it hits that milestone. Still, it seems likely we’ll still be watching similar shows, with a fondness for returning series and a hunger for new ones. And we already have a pretty good sense of what we’ll be watching in 2018.

Let’s start with some familiar faces in January, close to home. Dancing with the Stars, the RTÉ buy-in of the popular format, kick off in the new year with a new line up of limber-limbed celebrities.

The sheeny legal drama/lifestyle magazine spread Striking Out delivers its second series, in which Amy Huberman’s shell-shocked lawyer continues fighting for the little guy in the orbit of her cheating, chiselled fiancee. (The tragically unwatched Redwater, incidentally, will not be returning, confining its characters to an eternity of cliff hanging.)

Following Haughey, Aidan Gillen continues his excursions into biographical performance with Dave Allen: A Life at Peace, portraying the late, great probing Irish comedian in a biopic from BBC and RTÉ.

While it may not rival Blue Planet II for spectacle, new documentary series Ireland’s Deep Atlantic reveals, for the first time, the beautiful ocean floor off the west coast.

A timely two-part documentary, No Country for Women, covers the State’s effort to limit women’s freedoms throughout the State’s history, from the right to work to reproductive control. And, in a milestone for social progress, My Trans Life is a groundbreaking new series following the lives of young transgender people in Ireland, documenting their transitioning within a greatly changed country.

New BBC dramas begin on New Year’s Day with the novel adaptation McMafia, in which James Norton is drawn deep into the world of organised crime. Luther creator Neil Cross debuts a “pre-apocalyptic” crime drama with Hard Sun, where two divided partners enforce the law while the world slips towards certain destruction. Acclaimed playwright David Hare brings a four-part drama to BBC2 in Collateral, featuring Carey Mulligan as a detective investigating the fatal shooting of a pizza delivery man, with support from John Simm, Nicola Walker and Billie Piper.

The Beeb also has first dibs on The Assassination of Gianni Versace: American Crime Story, the follow-up to Fox’s The People Versus OJ Simpson, featuring Edgar Ramirez, Penélope Cruz and Ricky Martin in the tragic glamour. Elsewhere, Hugh Grant returns to television for Stephen Frears’s A Very English Scandal, detailing the luridly fascinating fall of MP Jeremy Thorpe in the 1970s, against Ben Whishaw. And of course, Jodie Whittaker debuts as the 13th Doctor in the latest iteration of Doctor Who, now in the hands of head writer Chris Chibnall, for a bold belated new step.

A formula for drama

Channel 4 understands the formula for television drama is now pretty straightforward: commission a playwright and hire a film star. Jack Thorne’s new four-parter for the station, Kiri, features Happy Valley’s Sarah Lancashire as Miriam, a social worker with a maverick approach to protecting children in her care, now suspected for the disappearance of a young black girl.

Subscription channels are on a similar kick. Playwright and screenwriter Jez Butterworth brings his talents to Sky Atlantic for Britannia (Jan 18), an epic, supernatural depiction of the imperial Roman army’s return to Britain in AD 43, intent on subduing the Celts. Later in the year, Benedict Cumberbatch plays the eponymous anti-hero in Patrick Melrose, a five-part drama coproduced by Sky Atlantic and Showtime. It is based on the semi-autobiographical novels of Edward St Aubyn, and sets an aristocratic playboy on a harrowing and humorous odyssey, spanning decades, through the south of France, New York and Britain as he comes to terms with childhood trauma, substance abuse and innumerable related crises.

The trump cards for Sky Atlantic are not surprising. Details have been kept deliberately thin about HBO’s new season of lavish sci-fi Westworld, particularly as to whether Samurai World or Roman World will make their teased appearances in Jonathan Nolan and Lisa Joy’s futuristic theme-park-run-amok drama. If the first series resembled a knotty introduction, this thing must be about to get started.

Already anticipating the void that Game of Thrones will leave, ending this year after its eighth season, HBO issues another contender in Sharp Objects, adapted from the book by Gone Girl author Gillian Flynn and starring Amy Adams as a crime reporter forced to revisit her troubled past.

All go at Netflix

It’s another busy year on Netflix, which launches several new series, beginning with Altered Carbon (Feb 2), a futuristic story of murder, betrayal and transhumanism based on the cyberpunk classic novel by Richard K Morgan.

Marvel’s Jessica Jones (Mar 8), the most intriguing – perhaps only intriguing – members of its street-level heroes, the Defenders, returns for a second season, confronting a new killer and her own troubled past.

A potential new big hitter for the streaming service is Lost in Space, based on the 1960s sci-fi classic; but there’s a futuristic direction to a lot of its offerings, from the eccentric caper Mute, set a few years from now in Berlin, where Alexander Skarsgård’s unspeaking bartender must search for his mysteriously disappeared girlfriend, to sci-fi drama Osmosis, based in Paris, where technology has decoded true love to create the perfect, fateful dating app.

Amazon Prime Video has a much more modest store of original content, but new series are expected for its compulsively watchable American Gods, the confidence-trick caper Sneaky Pete, starring Giovanni Ribisi and Bryan Cranston, as well as legal drama Goliath.

In the meantime comes a new drama, The Looming Tower from Foxcatcher writer Dan Futterman, tracing the rising threat of Osama Bin Laden and al-Qaeda, which flared up during a rivalry between the CIA and the FBI, starring Jeff Daniels, Alec Baldwin and Peter Sarsgaard.  Stay tuned.