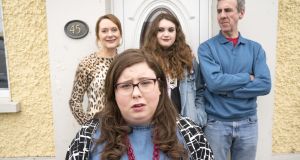 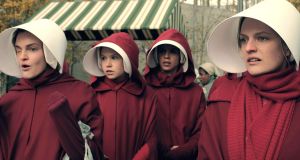 The Handmaid’s Tale, based on Margaret Atwood’s novel

The last thing anybody wants is to turn the annual Ticket Awards into some sort of popularity contest. Instead, now that the critics’ picks and popular vote for the best television of the year have been revealed, the results are less combative and contradictory than a mingling of minds.

You have imbibed the logic of our own decisions, published here at the beginning of December, sloshed it around your collective pallets for substance and flavour, and now spat your own opinions back into the great spittoon of consensus.

Beginning with Irish television, your tastes were for documentary, and that seems like a good call. Irish documentaries had a great year, exploring society, culture, finance and technology with verve and sophistication. Among those subjects, though, health held a particular fascination. The two Irish programmes most celebrated by our readers this year took compassionate and eye-opening approaches to people living with conditions that have long been misunderstood.

The winner, with more than a third of the vote, was Liam McGrath’s documentary Autism and Me, a programme about the behavioural condition that let its contributors lead the way. That made it easy to relate to Hughie, a young boy who could not easily relate to you, or to allow a non-verbal teenager named Fiacre express himself lyrically through voice over.

In a model of integration, the doc allowed its participants the input of a running critique (“I know you are obsessed with the scenic shots,” says Hughie), while it made a significant contribution to a wider understanding of their traits, alleviating awkwardness.

Similarly, Schizophrenia: The Voices in my Head, stood out among voters for addressing a condition which television drama has long confused for split personality plot devices. In third place was a naer three-way split between TG4’s handsome bilingual western An Klondike, Alison Spittle’s breakout RTÉ comedy Nowhere Fast and Daniel and Majella’s B&B Road Trip.

For international television, the leaders were almost neck and neck: fewer than 20 votes decided this year’s winner. With 27 per cent of the vote, The Handmaid’s Tale was your show of the year, a visually striking and absorbingly performed adaptation of Margaret Atwood’s dystopian novel. In the early summer, this chilling vision of subjugated women in a totalitarian theocratic state seemed starkly in tune with the times; by the end of the year, its spirit of resistance and society-shaking push back seemed doubly so. Under his eye.

In second place (26 per cent), the stunning Blue Planet II, showed us the world as it is, or as it is disappearing. Using advancing technology it depicted marine life with intense intimacy and using old school narrative it gave the results a vast dramatic shape. It’s gratifying, of course, that our readers liked Rick and Morty, Little Big Lies and The Deuce as much as we did, but even those winners are pretty niche (The Deuce, our number one pick, came fifth among readers with only 5 per cent of the vote.)

After that, tellingly, opinion fractures and fragments among innumerable candidates: precisely three wonderful people picked the sublime comedy Nathan For You as their fave, and I want to buy each of you a drink. It’s revealing, though, that exactly as many voted for Game of Thrones and Stranger Things 2, shows that were considerably more watched than treasured. Curious results, they bring to our television watching a much clearer picture.

2. Schizophrenia: The Voices in My Head