Family business is nasty business when it comes to ‘Succession’ 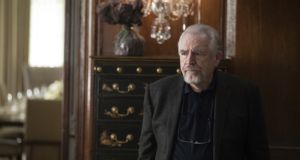 Keep it in the famly: Brian Cox as Logan Roy in Succession. Photograph: HBO

In 2010, the writer Jesse Armstrong found himself on Hollywood’s Black List. (It’s not as bad as it sounds.) An annual collection of unproduced film scripts that, for one reason or another, nobody would touch, it became a slush pile of great potential, generating a staggering number of Oscar winners. But there was a reason Armstrong’s script never saw the light of day.

A family drama, beginning with the 78th birthday of a media mogul, it followed his cunning manoeuvres to retain control of his empire, while his four adult children jockeyed for influence. It it was called Murdoch.

Now Armstrong – the genius co-creator of Peep Show and a stalwart of The Thick of It and Veep – has a new show called Succession (Sky Atlantic, Thursday, 9pm). A family drama, beginning with the 80th birthday of a media mogul, it follow his cunning manoeuvres to retain control of his empire, while his four adult children jockey for influence of the company. There are many jokes in the show, but the wittiest of them must be the end credits: “Any similarity to actual persons, living or dead, is purely coincidental and unintentional.” Sure it is.

Similarity to fictional persons, however, seems purely intentional, with Shakespearean parallels in this story of a retiring, ailing father, Logan Roy (played with customary ferocity by Brian Cox), and the internecine squabbles between his ambitious, mendacious brood.

Kendall (a believably posturing Jeremy Strong), is the heir apparent, a business bro who gets pumped on the Beastie Boys before trying to acquire a social media company. Roman (Kieran Culkin) is a more sinewy trickster, a stripling who is all id, currently in exile but with his eye on the prize, while Siobhán (Sarah Snook) – known affectionately, perhaps threateningly, as Shiv – is angling for better position, perhaps between the ribs.

Whoever this family are, they are staggeringly odious – the climax of the first episode involves Roman’s particularly cruel humiliation of a poor Latino child. If that makes it hard to decide whether to seethe or laugh at them, the show has much the same problem.

Filmed with the hand-held tremor and lurching zooms of the contemporary mock-documentary, it leans towards farce, particularly in later episodes (many gags are fluid-based), which makes this dysfunctional family resemble an executive-suite Arrested Development. But the stakes, we are told, are much higher, from an illness that precipitates family schism to a corporate meltdown that may affect the “socio-economic health of several continents”.

At least somebody finds them unobjectionable. The show debuted in America on HBO, but it reaches this part of the world via Sky, founded by Rupert Murdoch and chaired by his son James. Perhaps, as Disney prepares to gobble up their companies, they like what they see here: a pitched battle between a media emperor and his frustrated scion as the corporate world grins on. Oh, succession. Whatever next?