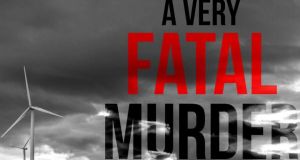 This creation of the Onion is a timely and razor-sharp satire of what by now is a culture of true-crime podcasts. One only has to take a cursory search of iTunes to see that there are many podcasts in which a scrappy young investigator – often armed with little or no professional experience or training – investigates and upturns a cold case in an attempt at emulating the gargantuan success of Serial, or even of S-Town.

A Very Fatal Murder, like so much of the Onion’s fearless satire, aims squarely at the kind of softly-spoken American podcaster who exploits small-town-America and upturns the lives of grieving families in an approach that is more about their own journalistic success than shining a light on a tragedy. Host David Pascall delivers brilliant, almost psychotically tone-deaf narration as he leads us through the gruesome and surreal fictitious murder of a teenage girl in small-town America. The audacity of the writing is exactly the kind of satire we need: while the humour is extremely dark, it makes an excellent point about the culture of exploitation that “investigative true-life crime stories” can have.

It is so important to look unflinchingly at the dark of it, and though some listeners may find the occasional line a little too grim, there is no joke here that feels unearned, nothing that changes the tone from dark to inappropriate. This first episode is an elegant tightrope walk: we are in bleak lands, but the writers will guide you safely through while keeping you in stitches along the way.

Pascall interviews the murdered girl’s parents, and asks her grieving mother to keep crying at volume as it adds to the ambience of the soundscape. He manages to turn every conversation somehow, hilariously, back to himself and his own personal journey and pursuit for the most subscribers in podcast history, the most downloads, and possibly a Pulitzer for the brave work he is doing about the crumbling middle class of America and social decay.

He has a specifically designed an AI companion who advises him on what would be statistically the most popular, perfect kind of murder to investigate. Pascal as a character is the worst and most hilarious kind of entitled monster – a kind that, when I recognise them on a podcast, usually I will immediately switch off – but the writing behind him is consistently laugh-out-loud funny.

This is a podcast about podcasts, a dark and hilarious in-joke for anyone who loved S-Town but did feel that undeniable tug about how ethical it is exactly to look down on and into small towns and real-life murders in a way that may, even unintentionally, be patronising or, at worst, dehumanising. Every episode is delightfully short, clocking in around 10 minutes and sometimes even as short as seven, making this a perfect binge. A Very Fatal Murder is an important moment in podcasting: it holds up a mirror to the most famous shows in the form and asks vital, and often hilarious questions.

Mary Trump on her Uncle Donald: ‘He’s acting on his own racism’
5 Convert with a lot of convincing yet to do
6