The Lord of the Rings goes on a new epic journey in the Middle Earth of TV, as Amazon acquires global rights and plans a muiltiseason series 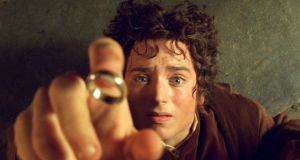 He just keeps on giving, does JRR Tolkein. The latest move in the fantasy epic is towards downsizing, from the big screen to the small, as Amazon plans a Lord of the Rings TV adaptation.

Following rumours that TV streaming companies were considering a deal, streaming service Amazon announced it has acquired the global television rights to The Lord of the Rings, based on the celebrated fantasy novels by JRR Tolkien. It plans a television adaptation, exploring new storylines preceding Tolkien’s The Fellowship of the Ring, with a multiseason commitment, and set to debut on Amazon Prime Video.

Sharon Tal Yguado, head of scripted series for Amazon Studios said “The Lord of the Rings is a cultural phenomenon that has captured the imagination of generations of fans through literature and the big screen. We are honoured to be working with the Tolkien Estate and Trust, HarperCollins and New Line on this exciting collaboration for television and are thrilled to be taking The Lord of the Rings fans on a new epic journey in Middle Earth.”

The movies are so ubiquitous that viewers and readers might wonder does it really merit more screen attention, and is there really more to discover? Amazon’s angle on this is to go beyond the by now well-trodden movie storylines and “tell new stories based in the period preceding The Fellowship of the Ring”, the novel that provided the basis for the first part of Peter Jackson’s film trilogy.

Matt Galsor, a representative for the Tolkien Estate and Trust and HarperCollins said “Sharon and the team at Amazon Studios have exceptional ideas to bring to the screen previously unexplored stories based on JRR Tolkien’s original writings.”

If Amazon is to make a prequel to the Frodo Baggins story, there is industry speculation it could involve Amazon creating its own characters and to sex-and-violence it up to rival the appeal of Game of Thrones.

According to the Hollywood Reporter the acquisition follows Amazon’s attempts to challenge HBO’s Game of Thrones with a big-name, prestigious franchise, as the entertainment companies battle it out for audiences. Disney recently said it is working on a live-action Star Wars TV project, with new characters in “a corner of the galaxy that Star Wars lore has never before explored”, and directed by Rian Johnson (The Last Jedi).

The upcoming Amazon Prime Original will be produced by Amazon Studios in cooperation with the Tolkien Estate and Trust, HarperCollins and New Line Cinema, a division of Warner Bros. Entertainment.

Amazon hasn’t confirmed how much it paid for the Lord of the Rings rights, but the asking price was said to be a whopping $200 to $250 million when Amazon, Netflix, and HBO were first approached about the project. This pricetag for the rights is the same amount that Amazon CEO Jeff Bezos paid to acquire the entire Washington Post, as entertainment news website Deadline Hollywood pointed out “for context”.

On top of the rights, and subsequent development costs, Deadline estimates the budget for a fantasy series such as this is likely to be $100-$150 million a season.

A world-renowned literary work, and winner of the International Fantasy Award and Prometheus Hall of Fame Award, The Lord of the Rings was named Amazon customers’ favourite book of the millennium in 1999 and Britain’s best-loved novel of all time in BBC’s The Big Read in 2003.

The Lord of the Rings will be available for Amazon Prime members to stream using its app for TVs, connected devices including Amazon Fire TV, and mobile devices, or online with other Amazon Prime Originals . The series will be a global release in more than 200 countries and territories.