Gig of the Week: The Great Gatsby is one marvellous party 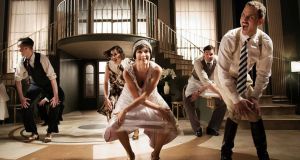 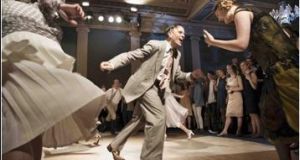 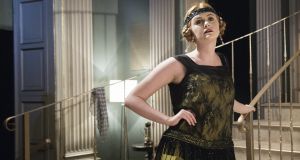 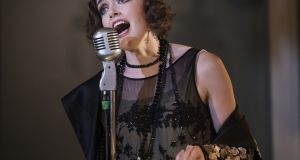 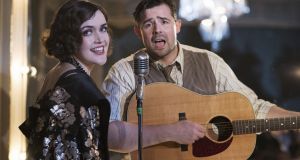 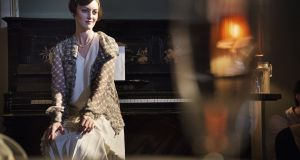 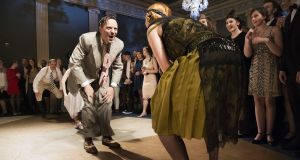 So we beat on, boats against the current, borne back ceaselessly into the past. Or, to put it another way, it’s time to return to the Gatsby Mansion.

When this daringly immersive and high-spirited adaptation of The Great Gatsby first premiered, in what now feels like the distant past of the summer of 2017, the Gate theatre seemed full of new possibilities. A fresh vision had announced itself for the theatre, the old management had gone quietly, apparently, and the venue itself seemed ready to be seen from new perspectives. And so it was.

The surprising thing about this lively show, chosen as Selina Cartmell’s inaugural production, was how ready the audience was to get in on the act. You could even see them coming from far off, strolling up O’Connell Street in cocktail dresses and coat-tails, sequins and pinstripes, if rarely in white (it was well after Labor Day). With that level of playful self-awareness, any assumptions about the Gate audience had to be rethought, there to be met at the speakeasy by pleasure-seekers entirely new to this theatre. Everyone was ready to party.

Now the hit show returns to round out a complicated year for the Gate, where, just like the characters from F Scott Fitzgerald’s celebrated debut novel, everyone may feel like the star of the show. It sends them and us skittering throughout the rooms of Jay Gatsby’s mansion, played, in a bold bit of casting, by the full expanse of the Gate itself, marvellously transformed in Ciaran Bagnall’s fastidious design.

Sheaved into groups between its shimmering jazz bar and several lush private rooms, you might witness the poignant dreams of a tragi-comic Mr McKee, for instance (who barely gets to live the span of five pages in Fitzgerald’s novel) and decide that the whole show is actually about him, a chronically inebriated photographer who will never find focus.

Such are the possibilities in director Alexander Wright’s free-range adaptation, which doesn’t worry that we may never get the whole story, because in our new individualistic age of splintering narratives, we rarely do. Here, even Nick Carraway (Shane O’Reilly), the novel’s dry narrator, can never give a clear account of himself or, perhaps, anyone else. An unreliable spinner looking for a centre, he’ll need help finding one in Gatsby (Barry John Kinsella), a butterfly of self-invention, constantly disappearing into an ensemble of constant motion and fluttering improvisations. It falls to the audience, then, to do Carraway’s job and observe.

For that, both the performances and the spaces provide an abundance of detail. Rachel O’Byrne’s slowly tempered “new woman” cynicism as Jordan; Peter O’Brien’s smart and sumptuous costumes; some sly self-references to the Gate’s history scattered among the props; and, from fugitive angles, the chance to see in Mark Huberman’s fluid performance of the boorish Tom Buchanan, something frustratingly human.

Sure, sometimes character-driven marginalia can become overstretched at close quarters, and in the jazz bar the party is never allowed to convincingly flag, pumped along with cabaret performances, manically vigorous Charlestons (choreographed by Muirne Bloomer) and knockabout comic diversions.

It makes for an experience built up in discrete moments, rather than a long arc, where you are as much watching as watched. Where else might a once-glittering young woman contemplating a future of sad compromise ask directly for advice: “What would you do?”

The show is a magnificently entertaining, dizzying party, and such distractions make their own point. To suddenly see things from her side, in more sombre shadows, you might find it hard to come up with a good answer.