The young Dolores O’Riordan: ‘Shy and wild, then that voice would explode’ 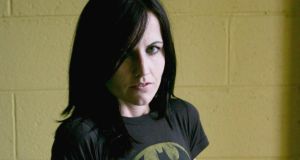 Much has been written about Dolores O’Riordan since her sudden death this week, at the age of 46, in a hotel room in London. For a lot of people the outpouring of appreciation for her is a case of Big Yellow Taxi: “Don’t it always seem to go that you don’t know what you’ve got till it’s gone .”

The Cranberries and O’Riordan occupied a particular position in Ireland. She was a megastar in the US, but O’Riordan and her band were never fully embraced on this side of the Atlantic. What’s also notable is the number of people who didn’t actually know O’Riordan. The Cranberries were never embedded in the Irish music industry, and didn’t have the same tight relationships with the promoters, journalists, managers and PRs who tend to orbit successful Irish acts.

10 Nanny state? After the mess here in Texas, I’d give my right arm to live in one

16 Frost dispenses with the manual of diplomacy for NI protocol

19 Will the new first-time buyer plan push up house prices?

20 Loyalists and the Irish Sea border: ‘From what I’ve seen it’s all hyped up’

21 All Creatures Great and Small: Who was the real James Herriot?

22 What a work-from-home space should cost: Converted attic, garden office or spare room

36 Barry Gibb: ‘My brothers had to deal with their demons, but my wife wasn’t going to have it’

38 I, Tonya reveals a deeper truth than Harding’s level of guilt

39 The Music Quiz: What Irish showband did young Rory Gallagher play in?

40 Gabriel Byrne on Weinstein: ‘He was a violent bully. He had such power’