YA book reviews: from witchcraft to Frankenstein, fandom and fanfiction 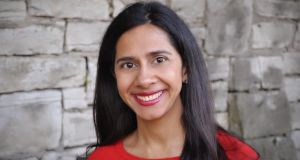 Elizabethan London, a city that “seemed to have been designed and built by a drunkard”, is vividly reimagined in Nicholas Bowling’s debut, Witchborn (Chicken House, £7.99). In an era where powerful women were often accused of witchcraft, Bowling takes things several steps further by having characters acknowledge this – “It’s all just a lot of folk with no manners, poking their noses into women’s business” – but also by positing both Queen Elizabeth I and the now-imprisoned Mary, Queen of Scots, as practising witches.

At the centre of this potions-infused power struggle is the recently-orphaned Alyce, “a thorn in the side of the cosmos”, whose bravery and defiance is just about plausible for the historical period. Bowling balances evocative details (particularly around scent) with a compelling story that begs for a sequel, with its heroine asking at the end: “There aren’t any witchfinders in the New World, are there?”

How To Hang A Witch

Adriana Mather, real-life descendant of Salem witch-hunter Cotton Mather, could advise on that topic; her How To Hang A Witch (Walker Books, £7.99) explores both the 17th-century witch trials and the modern parallels. At times Mather’s thesis that “witchcraft accusations have not disappeared. They have just transformed” is a little heavy-handed – not only does a central character utter those lines but assists in creating a two-column list detailing how each element of the Salem witch trials is echoed in a modern-day high-school imbroglio.

That being said, her protagonist, Samantha, is appealing and relatable; she is not immune to adolescent embarrassment or infatuation even as the supernatural elements – a spirit she’s not sure whether to trust and a generations-old curse that threatens several families, including her own – escalate to the point where scepticism is no longer an option. A Titanic-focused sequel to this pleasing page-turner is on the way.

2018 marks 200 years since the publication of the first edition of Mary Shelley’s Frankenstein; Paula Rawthorne’s Shell (Scholastic, £7.99) is among several retellings and reimaginings scheduled for this year. Rawthorne, one suspects, has read the feminist critics like Ellen Moers on Shelley; when her characters discuss the classic text in school (fictional high-school English classes must always be thematically relevant) it is Shelley’s experience of motherhood and loss, rather than the men and narcotics around her, they concentrate on.

Similarly, although identity as a “freak” is a concern for protagonist Lucy, the more powerful theme here is maternal love – when faced with losing her daughter to cancer, her mother chooses instead an illegal, experimental procedure that sees her brain and eyes transplanted into a stranger’s body.

At times the stranger seems a more suitable daughter for her former-cheerleader mom than the “real” Lucy, who laments: “I didn’t get a chance to achieve anything. If people remember me at all it’s only as the poor little rich kid who spent the rest of her short life trying, and failing, to survive it.” Despite the science-fiction elements, the insights into illness and privilege lend realism to this twisty tale.

Indian-American novelist Samira Ahmed (not to be confused with the British journalist of the same name) also explores the tensions between parents and their teenage children in Love, Hate & Other Filters (Hot Key Books, £7.99). Maya’s parents want what they think best for her: to go to college nearby, to think of her passion for film-making as a hobby rather than possible career, to marry a nice Indian Muslim boy. Naturally, Maya has other plans – and another boy she’s interested in.

What could easily be a run-of-the-mill light-hearted romance is strengthened by its engagement with Islamophobia in America, with Maya – who uses movie tropes as a way of understanding the world – acknowledging that girls like her don’t get happy endings with football captains as the music swells but instead “a lifetime of being stopped by the FAA for random bag searches”. Woven through her own conversational narrative are fragments of a young man preparing for a nearby terrorist attack, adding first tension and then insights as the aftermath impacts on Maya’s hopes. Ahmed succeeds in offering up much food for thought while keeping the story and its endearing protagonist to the fore.

As fan culture grows more mainstream so does its appearance and use in fiction. Anna Day’s The Fandom (Chicken House; €8.99) sees a group of British teens off to Comic-Con to hyperventilate at the stars of their favourite dystopian franchise, but they quickly find themselves in the world of the story itself and must use their knowledge of the “canon” to escape – particularly after the premature death of the intended heroine.

The prose is at times painfully clichéd – “We’re not in cosplay anymore,” narrator Violet reflects, while her brainy younger brother explains, “There must have been some sort of temporal shift in reality” – which means that sly asides about how things are “so much bigger than the needs of two love-struck teenagers” in dystopian universes don’t quite feel earned. Readers involved with fandom and fanfiction are likely to wish certain plot points were elaborated on, while dystopian fans may find the real-world elements distracting. Nevertheless – particularly in the second half – there’s enough drama to keep eagerly flipping the pages.

The Unpredictability of Being Human

Finally, Linni Ingemundsen’s The Unpredictability of Being Human (Usborne, £7.99), introduces us to Marmite heroine Malin, a Norwegian teenager trying to figure out the world, and particularly the curious mean-girl logic of her classmates. Her almost-pathologically naive voice will endear her to some readers but frustrate others (this reader included). The family secrets revealed only in the epilogue will be clear to many from early on, and the reveals themselves feel rushed rather than properly dramatised. This is a “nice” but underwhelming read.

Claire Hennessy is a writer, editor and creative writing facilitator.