‘Freedom comes with getting older. You’re the one in charge of making decisions’

Tracey Thorn, the voice of Everything But the Girl and Massive Attack, talks about her first album in seven years, #MeToo and getting older 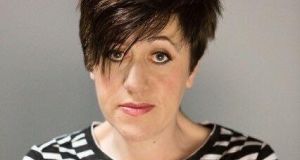 #MeToo: This is a story about women in their workplaces, wherever they are

Best known as one half of 1980s and 1990s hit-makers Everything But the Girl alongside her husband Ben Watt, Tracey Thorn is also a highly accomplished author and journalist. After penning two best-selling memoirs, Bedsit Disco Queen: How I grew up and tried to be a pop star, and Naked at the Albert Hall: The Inside Story of Singing, and contributing a fortnightly column to the New Statesman, Thorn releases her first album in seven years this week.

Thorn’s comeback is austerely entitled Record. “It’s nice to keep things simple,” she explains. “I was coming up with all these one-word titles for the songs, so I just thought I’d carry on. Also, because I don’t play live or tour anymore, calling it Record points out exactly what I do. I make records. I’m not a stage or live performer.”

Ever since turning down a support tour with U2, Thorn does not perform live. When Kate Bush shocked the world in 2014 by performing a 22-date residency in London’s Hammersmith Apollo, Thorn became a lone voice of disapproval.

“As someone who hasn’t toured since the year 2000, I often have to defend my position as a non-performer, and when I’m backed into a corner I pull out my handy list of fellow refuseniks,” she wrote in her column. “And my trump card has always been Kate Bush, who beats the rest of us into a cocked hat, having toured once in 35 years. ‘I do not need to play live,’ I say smugly, ‘because Kate Bush doesn’t’. And then she went and spoiled it all by changing her mind.”

“Kate Bush let me down terribly,” Thorn laughs heartily. “There is only me and Scott Walker left. It would take something very big to change my mind. At the moment, I can’t see that happening. I don’t want to waste precious time doing things that I don’t enjoy, and there are a lot of things about touring that I don’t enjoy, even though there are some high spots, which are usually smack bang in the middle of a gig when everything’s going great.”

Thorn agrees with the cliché that going on the road is a youngster’s game. “Being a wandering free spirit was great when I was younger,” she says. “For years, I loved looking in the diary and seeing everything pencilled in with lots of travelling. Ever since having kids, I’ve valued the settled nature of a home life. My kids are grown up enough for me to go on tour, but I think I’ve become a person who has settled into my own way of life. I’m also getting so much done. I love being creative and having the room to do my writing, so I don’t want to interrupt that balance.”

In the absence of touring commitments, Thorn is adjusting to the modern realities of releasing an album in 2018. “This is the first time I’ve really had to get my head around how music comes out now,” she says. “Announcements have to be made and you’ve got to be poised to put them up on Twitter, Instagram and Facebook all at the same time. I keep up with Twitter a lot and I love my social media, even if I’m just chatting about nothing with people. Obviously, there are artists who don’t want to engage in it, which is fine, you can just get the record company to do it for you, but I like modern interaction. I am the person who makes all this stuff, so I think it is nice to present it.”

Thorn also believes her new collection of songs reflects a liberation that comes with a “no f***s given” phase of life. ”Sometimes, it can feel like ageing in this business is difficult, but getting older brings a greater sense of perspective and getting your priorities in order,” she explains. “I only do things that are important to me. I only make a record when I feel like I’ve got enough ideas for it. If there is a long gap between albums, then so be it. Freedom comes with getting older. You’re the one in charge of making decisions.”

For Record, Thorn enlisted members of Californian indie darlings Warpaint. “I’m a big fan of theirs,” she explains. “When Ewan Pearson and I started working on the demos we were programming all the drums and synths. Ewan thought it would be great to get a rhythm section, so I quite casually said my dream would be to get Warpaint involved. He said, ‘Well, I’ve got Stella’s phone number right here’. He got in touch with her and they were over for a few days playing Glastonbury, so we managed to tie it in with a few days in the studio. It felt like it was meant to happen.”

While Tracey has become a highly successful author and journalist in recent years, she maintains it all came about by accident rather than design. “I wrote Bedsit Disco Queen and didn’t publish it for years,” she reveals. “It was stuffed in a box under my bed. I really enjoyed writing it, but I didn’t think anyone else would care, so I went back to making music. By total chance, I got asked if I’d ever thought about writing a book about my life. I’d already written one, so I showed it to an agent, who then showed it to a publisher.”

But Thorn didn’t jump at the chance. “I took a bit of persuading,” she reveals. “I wasn’t sure that anyone else would want to read it. Getting Bedsit Disco Queen published and being offered the column gradually increased my confidence. Now, I feel like I’m actually taking to people and not just writing for myself. When you write a column, you begin to develop a sense for your regular readers and you strike up a conversational tone.”

Thorn sums up Record as “nine feminist bangers”. Recently, she wrote about how she is learning from her daughters, who are fourth wave feminists. “I feel like we’re always making progress, but progress is never in a straight line and inevitably comes in fits and starts,” Thorn states.

“When I think back to when I started, people could be incredibly patronising towards an all-girl band. Since then, things have moved on, but nowhere near as much as they should. It still frustrates me when I look at a festival bill dominated by male artists. People ask me if the new mood will change everything. It won’t overnight, so you just hope there’s a progressive momentum forwards. It is a long battle and one that has been going on for a very long time.”

Thorn has also noted a #MeToo backlash. “You hear some people saying things are going too far, or there are too many accusations out now, but that completely misses the point,” she says. “This has been happening to far too many women for far too long. That alone should tell you something. This is not a story about women in Hollywood. This is a story about women in their workplaces, wherever they are. Women should not have to put up with this and women have been saying these things for a very long time. At the moment, it feels like people are finally listening and taking this seriously. Hopefully, this is a wake-up call.”

Everything but the girl – Tracey Thorn in her own words

On her early band, Marine Girls:
“If at this point it all sounds a bit Enid Blyton, it was about to get a bit Irvine Welsh.”

Our insatiable appetite for nostalgia:
“I don’t do nostalgia gigs. And by that, I don’t just mean I don’t perform them, I mean I don’t attend them either. I don’t believe in them. I really don’t want them. For one thing, they make me feel old in a way that it is wholly unhelpful and destructive.”

The xx in Brixton Academy:
“They capture something specific about human awkwardness, especially during that youthful phase when you’re all elbows and feelings, but their music luxuriates in the experience, and out of it all they create a kind of desolate euphoria, so that by the end of the gig the balcony is shaking and we’re all dancing and singing, hands in the air, united and comforted, all of us alone together.”

Judging book awards:
“This year I’ve judged the Penderyn Music Book Prize. The announcement of our shortlist was covered in the Guardian under this headline: “Bruce Springsteen is snubbed in wide-ranging selection by judges including Tracey Thorn and Thurston Moore”. I laughed all day at the image this conjured up, of me phoning Springsteen to say, “You know what, Boss? F**k you and your book!”

Record is released on March 2nd