There were, of course, multiple pleasures along the way – this was a leading Czech orchestra playing some of the greatest Czech music 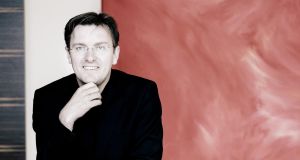 RTÉ NSO offered a revised version of Deirdre Gribbin’s 2012 piano concerto, ‘The Binding of the Years’, with Finghin Collins as solois

The Czech Philharmonic Orchestra was in town last weekend, for two evening programmes and an afternoon family concert. As you would expect the focus was on Czech repertoire, Saturday devoted to Dvorak, Sunday to Smetana.

The orchestra seems to have changed in character somewhat since I last heard it here in Dublin. You could say that, metaphorically, it’s acquired something of a middle-aged paunch, that its stride is heavier, its propensity to dance constrained, its expression much more earnest.

This might of course have nothing to do with the musicians themselves. The conductor Tomas Netopil seemed set on a very direct, approach. The explicitness with which he dotted the i’s and crossed the t’s in the opening pair of Dvorak Slavonic Dances (Nos 6 and 8 from Op. 72) rather set the tone for an evening in which expressive force held more sway than subtlety.

There were, of course, multiple pleasures along the way. This was a leading Czech orchestra playing some of the greatest Czech music, a combination for which the word authentic, once so beloved of fans of period instruments’ performances, might well have been invented. There were colours in the playing and turns of phrase that we just don’t get in local performances of Dvorak’s New World Symphony and Cello Concerto.

The cello soloist, Alisa Weilerstein, is a player in the grand manner, who takes hold of a work as if it were her own. On this occasion she seemed to take a while to settle before getting into her highly individual stride, and at the end she rewarded the audience’s enthusiastic response with an encore of some solo Bach.

The second concert was devoted to a complete performance of Smetana’s set of six symphonic poems, Má vlast (My homeland), the first Irish outing for this work by a Czech orchestra, although most of its performances by Irish orchestras have been given under Czech conductors.

The gravity of Netopil’s music-making found much greater traction here, the impression being of an approach that was straight and true – and consistently absorbing.

The Czech Philharmonic’s visit came a day after the RTÉ National Symphony Orchestra presented a programme celebrating 70 years. There is a definite irony in RTÉ marking this milestone for an orchestra that it has deliberately allowed to haemorrhage players in recent years and has also left without a principal conductor since 2016.

The conductor for the night was Gerhard Markson, the orchestra’s principal conductor from 2001 to 2009. The programme included two Irish works, Brian Byrne’s specially-commissioned Seachtó, a chomping, upbeat celebration, and a revised version of Deirdre Gribbin’s 2012 piano concerto, The Binding of the Years, with Finghin Collins as soloist.

Gribbin’s concerto was inspired by an Aztec artefact – a stone casket – she saw in the British Museum. At its premiere I felt that I was somehow missing the point. The material, particularly that for the piano, seemed too basic, too etude-like, and the moments of special orchestral atmosphere failed to grip. Sadly, that impression remained unchanged the second time around.

The concert also included the Prelude and Liebestod from Wagner’s Tristan und Isolde with a solid contribution from soprano Orla Boylan and a generous selection from the three suites of Prokofiev’s colourful ballet Romeo and Juliet which proved to be the evening’s most rewarding offering.

Russian pianist Nikolay Khozyainov, winner of the 2012 Dublin International Piano Competition, was back at the National Concert Hall the previous Tuesday. If the Dublin competition had an audience vote for the finals, I think Khozyainov would have won it that year. He showed a maturity and authority in his handling of Rachmaninov’s Third Piano Concerto that marked him out from all the other finalists.

He repeated the Rachmaninov concerto in fine style with the RTÉ NSO last year. But he has been altogether more variable in the solo concerts that I’ve heard him give. That variability was on show again last week.

Technically, he is as sound as you could wish. He’s one of those players who gives the impression that nothing fazes him. In fact he takes a palpable delight in tackling the kind of repertoire that seems to have an unreasonable number of notes spread around the piano in ways that no two hands should be able to master.

But in the concert on Tuesday his playing was showing signs of mannerism, especially in little touches of highlighting in his opening group of pieces by Chopin – the First Ballade and the Nocturnes in C sharp minor and C minor. Most of the time he sounds like a natural in Chopin, but then he lands on something to draw special attention to and upsets the musical balance.

He was more circumspect in Beethoven’s Appassionata Sonata and Schumann’s great Fantasy in C, Op. 17. But the special qualities he brought to his two Dublin performances of Rachmaninov’s Third Concerto were not really in evidence.

The evening also included a selection of pieces by American billionaire composer Gordon Getty, forgettable trifles that did not really justify their presence. And Khozyainov showed a second lapse of taste by following the exquisite final slow movement of the Schumann with one of his high-jinks display pieces. Even in music discretion can be the better part of valour.

Hannah Gadsby: Douglas – Even her detractors will have to admit this is funny
7