Unthinkable: Is nature’s mother god sending us a message with Covid-19? 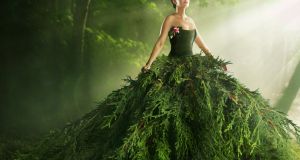 There is no sign of religion disappearing but, in a more secular world with competing faiths and ideologies, it is an open question as to what god - if any - future generations will worship.

Who is likely to be top dog, so to speak: Yahweh, Allah or that other Abrahamic god we know simply as God? Or is there another contender?

Step forward Gaia: a god that even militant atheists can respect, if not revere. Unlike the God of the Bible, Gaia is one of those lustful, irritable and contrary gods that populate Greek mythology. As “Mother Earth”, she was the second element in the evolution of the cosmos after Chaos - the primordial void, according to ancient lore.

One of her first offspring was Ouranos - the sky god - better known today as Uranus, who became her lover and later abuser. In a gruesome twist, she encouraged her son Kronos to castrate Ouranos and throw his genitals across the sea. In short, Gaia is not a god to mess with.

It’s more than 2,000 years since she was first worshipped, and back then she was eclipsed somewhat by her granddaughter Demeter - the goddess of fertility and the harvest - to whom superstitious farmers offered gifts. Today, however, the granny god is back with a vengeance, largely thanks to the scientist and environmentalist James Lovelock, whose Gaia hypothesis describes how all living organisms form part of an interconnected, self-regulating ecosystem.

Some environmentalists now speak of Gaia as a real presence, similar to a universal spirit or the “world soul” of Plato’s metaphysics. In Green-speak, she maintains Earth’s equilibrium - even at the expense of us, the only inhabitants on the planet conscious of her existence.

Could she even be responsible for Covid-19?

Classicist John Dillon believes so. While “essentially a positive and nurturing force”, he says, Gaia “is yet not prepared to stand by and allow the carefully fostered ecological balance that it has achieved on this planet over so many millions of years be overthrown by the recklessly expansive and unbalanced behaviour of one species that it has brought into being”.

In ancient times, plague was seen as a message from the gods. Does the current pandemic contain a message too?

John Dillon: “Yes, I rather think it does. We have certainly sinned, as a civilisation, but this time it is a rather novel sort of sin, that against our environment, and part of that involves rushing about all over the planet, emitting vast amounts of CO2 in the process, and distorting the economies of many countries.

“The message from Mother Gaia is: Slow down. Take time to appreciate your immediate environment, and what you can derive from it. Smell the roses! Listen to the birds!”

Had Gaia a special status among the Greeks or was she just one god among many?

“Well, Demeter was certainly a much-respected senior goddess in Greek religion, and when she went on strike, the climate stalled, and the crops shrivelled up, and the people perished.

“Gaia, in the theory of James Lovelock, has much the same role. She is not a malevolent force, but she is concerned to protect the climatic equilibrium that she has established over many millennia, and if she identifies us, the human species, as a virus that is likely to disrupt, and even destroy, that equilibrium, through our reckless greed and devotion to infinite, exponential ‘growth’, she will take steps, either to eliminate us altogether, or to cut us very much down to size.”

Do you view Gaia, though, as a real lifeforce or just a useful fiction?

“Well, as a Platonist, I would have to place her as the lower emanation of the ‘world soul’, and so not a very exalted figure - though quite powerful enough to deal with us. But - slightly more seriously - I am prepared to believe that the Earth, as a living system, is capable of taking steps, instinctively, to preserve its equilibrium, even at the cost of decimating its most potent species. Because , let’s face it, there are now far too many of us, if we want to live at the high-octane level that we do want to live at, and at which the pullulating masses of Asia and Africa are anxious to join us.

“If we are not prepared to pull in our horns, I think that Gaia is quite prepared to sort us out.”

This plague seems different to others in that societies have put saving lives ahead of economic prosperity. Does this suggest humans are making moral progress?

“Yes, it is rather an odd little bug, really, in that it is not particularly harmful to the great mass of the young and healthy, but focuses on the old, the weakened, and to some extent the poor - very unlike the earlier bubonic plagues, or even the Spanish flu. And, as you suggest, it does seem to be bringing out the best, and the most rational element, in the populations of many countries - though not of all, regrettably.

“If we could just hold to the mind-sets that - helped by good leadership - we have attained to after this is all over, there does seem every prospect that we will be much the better for that, as a society. But we really will have to adopt a pretty uncompromising green agenda, and stick to it, despite grave inconveniences.”

Does Mother Nature love us?

James Lovelock replies: “Unfortunately, we are a species with schizoid tendencies, and like an old lady who has to share her house with a growing and destructive group of teenagers, Gaia grows angry, and if they do not mend their ways she will evict them.”