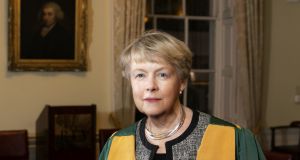 The setting up of an independent network of scientific advisers is needed to advise government “on the formidable scientific challenges facing Ireland, such as Covid-19 and climate change”, according to Dr Mary Canning, president of the Royal Irish Academy (RIA).

Ireland’s Office of the Chief Scientific Adviser currently lacks the staff or budget to do the complex job “now urgently required”, Dr Canning said – the position is currently filled by Prof Mark Ferguson, who is also director general of Science Foundation Ireland.

In an online ceremony to welcome newly-admitted RIA members, Dr Canning said political parties engaged in coalition talks should prioritise establishment of such a science advisory office in any programme for government – as many of today’s policy challenges were characterised by a mixture of complexity, uncertainty and ambiguity.

Appropriate high-level, credible, objective scientific insights could help policymakers “understand the policy problem more completely, to generate and evaluate options, and to provide meaning to the discussion around critical topics within society”.

This should be provided by a multi-disciplinary network of specialists in a similar way to the National Public Health Emergency Team (NPHET) dealing with Covid-19, but on a permanent basis, she said.

“Looking beyond the current emergency there are many situations where a government, Oireachtas committee or our elected representatives would benefit from access to scientific evidence to help inform effective policy making,” Dr Canning said.

The “networked method” adopted by NPHET, where a wide range of experts feed into the process of producing advice, would likely be very effective at producing the hard information needed by policymakers.

“It is clear that a similar networked approach could be used to tackle other challenges facing government and society such as climate change, the unacceptably low uptake of safe and valuable vaccines and resolving the Dublin water supply issue before it can become a crisis,” she pointed out.

After the economic crash the Irish Government Economic and Evaluation Service was established, to provide integrated cross-government advice. “An equivalent science advisory service is now required for good government,” Dr Canning said, and should be established under the aegis of the Department of the Taoiseach.

She commended the experts and academy members who had put their expertise at the service of the people of Ireland during the current Covid-19 crisis.

On its new members, Dr Canning said: “Ireland should be immensely proud of these women and men who have brought international acclaim to our country. As members of the RIA they will strengthen our capacity to provide the expert advice Ireland needs at this time.”

They include: Janet Brown of Harvard University, a distinguished scholar on Charles Darwin; Seamus Davis of UCC, a pioneer in quantum physics based in UCC; Kate Fitzgerald a world-renowned immunologist in University of Massachusetts, and Deirdre Madden of UCC, a leading bioethicist and deputy chair of the HSE.

Other members admitted are: