Rite&Reason: A healthy planet is a prerequisite for a healthy humanity 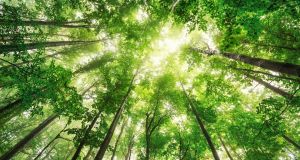 Climate action is not just one more item on the weekly shopping list. Rather, it affects all other crises: homelessness, housing, healthcare, economic reform. Photograph: iStock

Coronavirus haunts the waking hours of many. It raises huge existential questions about the death of loved ones without rituals, the sudden unemployment of so many, and anxiety about the future. What has gone wrong with our world? What caused this global crisis?

A growing body of opinion, including the WHO, suggests that there is a connection between the virus and the breakdown of biodiversity. It is argued a healthy planet is a prerequisite for a healthy people, and that human flourishing is tied up with the flourishing of the earth.

Covid-19 is an emergency within the climate emergency.

The year 2015 is an important year for consideration of some of these issues. In May 2015, Pope Francis published an encyclical entitled Laudato Si: On Care for our Common Home (I will refer to it as LS). It was addressed to all people on the planet as well as Christians.

In September 2015, the UN published Sustainable Development Goals. These goals, 17 in all, sought to end poverty, combat climate change, seek gender equality and ensure the health and wellbeing of all.

December 2015 saw publication of the UN Paris Agreement, signed by 198 nations. It represented an important step in moving towards a fossil-free future. This agreement seeks to reduce the emissions of greenhouse gases, limit the increase in global warming to 2°C from the preindustrial era on, and provide financial support to developing countries afflicted by climate change.

These documents are landmark publications. Each agrees there is something radically wrong with the world in the context of climate change that requires urgent action. Thereafter the documents differ in ethos.

It may be helpful in the month which celebrates the fifth anniversary of LS to summarise some of its central themes.

A key theme throughout LS is the principle of “Integral Ecology”. This highlights the importance of taking an interdisciplinary approach to ecological questions. The world is “faced not with two separate crises, one environmental and the other social, but rather with one complex crisis that is both social and environmental”.

Climate action is not just one more item on the weekly shopping list. Rather, it affects all other crises: homelessness, housing, healthcare, economic reform.

A second theme is the need to overcome the estrangement that has grown up between human beings and nature. LS associates this separation of humanity from nature with a misinterpretation of the command in the book of Genesis to have “dominion over the Earth”.

Dominion has been wrongly interpreted as a licence to exploit nature. LS seeks to correct this misunderstanding. In contrast, it presents the earth as a sacred place with its own integrity, having Christ at the centre and the Holy Spirit as the One who dwells with us in nature and historical communities.

If one accepts the importance of the 2015 documents and the above two proposals, then it becomes clear that humanity needs a new narrative and a new set of eco values at this time. We need to re-imagine who we are and what our place is in the universe, taking account of the new cosmic-stories in reconfiguring human identity.

This new narrative will embody eco values: respect for the dignity of every human being and the intrinsic value of all other species. Primacy will be given to social, climate and intergenerational justice.

Equally important will be a focus on solidarity within the human species and with the natural world. This universal solidarity will seek to include what LS calls “the excluded”.

Among the excluded are “the poor”, who contribute least to and suffer most from climate change. After the poor comes the cry of the Earth. Then comes the world of “biodiversity”. Next are “the oceans”. Then “future generations”. Lastly, the mystery of God is often among the “excluded”.

It is within the context of this new narrative and values system that we can dare to hope. Hope arises from a deep awareness that something is seriously wrong about the way the world is and that this can be modified through transformative change.

Among the sources of hope today are the prophetic voices of young people led by Greta Thunberg, the extraordinary abundance of “mother earth” when respected, and the creative resourcefulness of humanity stimulated by the Covid-19 crisis.