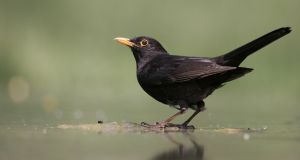 ‘The wonder even of small, local and daily life – a blackbird’s song, a friend’s greeting, a hot meal – these things can be an antidote to despair,’ says environmentalist and author Patrick Curry. Photograph: Getty Images 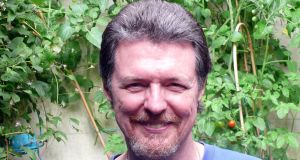 ‘Enchantment is sheer wonder, and it’s fundamental to being alive,’ says environmentalist and author Patrick Curry.

The sound of birdsong in the stillness of a morning under Covid-19 lockdown generates a feeling that has become alien to many of us: Wonder.

Listening to nature at play without judgment or calculation – content to share the same air that the melodious chaffinch uses to fill its lungs – subverts the usual daybreak of talk radio and the cacophony of electronic tweets and chirps.

Environmentalist and author Patrick Curry calls the experience enchantment, and so endangered does he believe it has it become that he has written a book about it.

“Most simply, enchantment is an experience of wonder. Variations include awe, amazement, astonishment,” he says, but it can also rise up to “radical enchantment”, a kind of “non-possessive love for the other” that includes “resisting the impulse to meddle, interfere and control”.

Curry, who is editor of the Ecological Citizen, is understandably enchanted by the natural world but stresses that wonder can be achieved in other fields, from creative art to cuisine. Highlighting its value during the coronavirus crisis, he says: “Enchantment doesn’t have to be spectacular. The wonder even of small, local and daily life – a blackbird’s song, a friend’s greeting, a hot meal – these things can be an antidote to despair.”

Experiencing enchantment, however, means facing down its enemies – and here the media and communications platforms come under the spotlight.

“Fetishising information,” he says, “is deeply disenchanting. Almost everyone is distracted, almost all of the time. Enchantment rarely happens if you are not present for it.”

As radical enchantment threatens the profits of tech giants like Google and Facebook, there is, he argues, a commercial incentive to destroy it.

“One of the principal ways capital works is through glamour, a zombie simulacrum of enchantment which can be controlled and manipulated,” Curry writes in Enchantment: Wonder in Modern Life.

“Even relatively innocent uses of the internet play their part in this disenchanting trajectory. They infantilise us, ramping up the narcissism of selfie-me and my demands, and encouraging fantasies of ‘freedom’ from being an animal – embodied, socially embedded and utterly dependent on the ecology of the Earth, whose dynamics are not only literally vital but the wellsprings of enchantment.”

Curry, whose book is published by Floris Books, is this week’s Unthinkable guest.

How do you define enchantment?

“Enchantment is sheer wonder, and it’s fundamental to being alive. Its intensity can vary from charm, through delight, to joy. Then it’s potentially life-changing.

“Enchantment happens not in time but moments – short maybe, but deep – and not in space but places: small maybe, but roomy. . .

“Those moments and places are always unique for the person involved, but we are a particular kind of being, so it tends to happen in personal relationships of all kinds – and not only with other humans, with art of all kinds, in nature, in religious ritual, in sport, and with food and drink.

“Another striking thing about enchantment is that it’s both embodied and embedded, or ‘material’, and ineffable and mysterious, or ‘spiritual’. Always both. So it resists reduction either up to God or down to neurophysiology, say. For the same reason, it’s not merely a subjective or psychological state. Such attempts simply disenchant.

“I should also mention that although time often slows right down, it doesn’t stop altogether. Sooner or later enchantment leaves, or we find ourselves leaving. That’s a hard lesson, and it takes a strong person to endure it without any useless and undignified grasping or clinging.”

You suggest information is disenchanting. Why so?

“It’s not quite so simple. First, there is the everyday lack of enchantment, which is perfectly normal. But an agenda or programme, which is all about control and ideally mastery, actively disenchants the world. Therefore so too does system, as part of that, and the information which feeds it.

“But information itself is part of life, and it doesn’t necessarily disenchant; that depends on one’s relationship with it.”

Many of us can be enchanted by technological novelties. How do you decide what’s good or bad enchantment?

“The poet WH Auden suggested that with true enchantment, you simply want the beloved other to flourish and be well. The sign of false enchantment is the desire to either possess them or be possessed by them.

“I also distinguish between enchantment, which is wild and cannot be controlled or managed, and what I call glamour: the pliable, manipulable and profitable fake enchantment which is the servant of the industries of advertising, marketing, spin and surveillance, including social media.

“Glamour is built into the business model, because it provokes false enchantment: the desire to possess, and thence the willingness of pay for it. But that doesn’t satisfy, so they keep coming back for more. This process isn’t good for anyone or anything.”

“It’s too soon to say, but it certainly could. If the pandemic redirects enough of our individual and shared attention to the irreplaceable inherent value of communities and the natural world which sustains all life on Earth – and away from their merely market value – that would indeed amount to a collective re-enchantment.

But the window to make lasting room for it in our social and political structures won’t last long.”

Can wonder be put into worlds?

William James replies: “A sensation is rather like a client who has given his case to a lawyer and then has passively to listen in the courtroom to whatever account of his affairs, pleasant or unpleasant, the lawyer finds it most expedient to give.”

Don’t use Google, don’t use work email, don’t hit ‘accept all’: how to fight for your privacy
9