Gillette ad: Why it's good for men and women that we're having this conversation 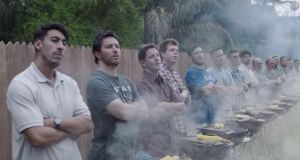 From Gillette’s We Believe: The Best Men Can Be commercial

As somebody with a background in marketing, I am always impressed when a brand campaign gets people debating a social issue. This week the shaving-product company Gillette released its latest short film, entitled We Believe: The Best Men Can Be, which has been viewed by more than 10 million people around the world.

Referencing bullying, sexual harassment and the tired excuse that boys will be boys, it proposes that men can be better. Most of the two-minute film highlights the men who are already acting thoughtfully and respectfully, so encouraging us all to do more.

The Gillette film has had a mixed reaction. One listener of The Ray D’Arcy Show, on RTÉ Radio 1, texted to say: “Oh my God, Gillette and me are finished.” Other commentators claim the brand was attacking men. This impulsive backlash from defenders of masculinity is a behaviour I saw a lot in my research on modern masculinity. (Although I did not work on the campaign, Gillette’s parent company, Procter & Gamble, is a client of the communications company I work with.) It amazes me how someone’s masculinity can be threatened so much by a simple request for men to be nicer to each other and to others.

Gary Coombe, who has led this work at Gillette, is correct to point out that many men “find themselves at a crossroads, caught between the past and a new era of masculinity”. I have interviewed many men in recent months as part of my project An Fear Eile, about the differences between manhood now and in the past. They have highlighted the way that men today have more permission to fulfil a range of roles, from caring parent and compassionate partner to empathic business leader and competitive sportsman.

We Believe: The Best Men Can Be taps into that cultural moment and succinctly describes the narrow-minded definition and expectations of masculinity – which fails not only women but also men themselves.

For decades advertising has played a role in reinforcing the narrow trilogy of manhood: the strong and silent type (the physically strong stoic), the bumbling career-driven dad who just pays the bills (the economic provider) and the teenager who uses a deodorant to attract girls (the sex conqueror). The depiction of men is often limiting and exaggerated; most of the Gillette ad actually highlights men like the ones I know, who fit a broader definition of masculinity.

We need more advertising like this, which can have a great influence on cultural and social norms and expectations.

In two minutes the brand has managed to achieve three outcomes.

The first is visibility. Social change does not happen if people are unaware of the status quo. Highlighting situations in which men are causing harm, on the one hand, and behaving respectfully, on the other, should not upset as many men as it has. Gillette is shining a light on different types of “masculine” behaviour. This alone is effective in getting us to discuss how we should act.

Second, the film reminds us that we must call out bad behaviour. When we see our sisters or friends being harassed by a man, we need to call him out on it. When our friend shares inappropriate content on a WhatsApp group, we need to ask why. When we are uncomfortable with something a friend says, we should not remain silent. As Bernice King, daughter of the late civil-rights leader Martin Luther King, points out, “This commercial isn’t anti-male. It’s pro-humanity. And it demonstrates that character can step up to change conditions.”

Third, the end of the film focuses on the legacy of our current behaviour. Gillette highlights a crucial point: role modelling. Dads, or any male guardians, are hugely influential on children and young adults’ understanding of the world. As men we have a great opportunity to reshape what it means to be a man and to show the next generation what it means to be respectful and caring.

When brands align themselves with social or political issues there is always criticism. This occurred with the failed 2017 Pepsi ad suggesting you can solve police brutality with a soft drink. In 2018 Nike supported the American footballer Colin Kaepernick, who refused to “stand up to show pride in a flag for a country that oppresses black people”. Despite a Twitter call to boycott the company, Nike’s stance was respected by most of its customers.

The men who have felt threatened by the Gillette ad will calm down (and then move on to be outraged by something else). Boycotts of the brand will have no effect. But the limited definition of traditional masculinity will continue to cause harm. It will hurt women, children and men themselves. We are changing our expectations of male behaviour, but there is plenty more we can do. Something to ponder next time you have a shave.