Will an opt-out organ donation scheme impact our bodily autonomy?

Laura Kennedy: We need to talk about organ donation where consent is presumed 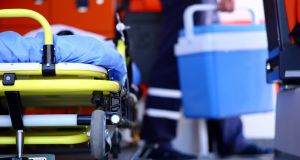 By introducing an opt-out approach to organ donation to replace the current opt-in approach – whereby those who wish to donate carry a donor card – the legislation seeks to change norms and attitudes around organ donation, so that consent is presumed rather than obtained from individuals.

Under the new system, those who, for whatever reason, choose not to donate their organs will have to opt out of the scheme. To try to mitigate the possibility of coercion, the scheme proposes to consult a deceased person’s next of kin, and not to proceed with the donation if they object. Among the arguments in favour of the proposed change are the fact that Ireland is one of just a few EU countries currently without an opt-out system. This is essentially an “all the other kids are doing it” argument, which has no bearing on the ethical questions underlying the proposed change.

The new scheme would presumably result in some very positive outcomes; more people in need of transplants would likely be able to receive them, and potentially with shorter wait times.

Despite the sensitivity of the issue, there are ethical issues to consider. While the consultation of next of kin is a good and well-intended buffer against organ donation without consent, there are potential problems, and they are not necessarily minor. Before an action of this sort is taken, it is helpful – not just for experts, but for the rest of us as well – to discuss the ethical problems that might potentially arise, while of course acknowledging the imperfections of our current system.

Since we can generally agree (with some exceptions) that what is right or wrong is not decided by numbers, more important than emulating other countries are the reasons for instituting the change, and whether they are consistent, well-reasoned, considerate of individuals and instantiated in reality.

It would follow that an opt-out organ donation scheme is good because there are suffering individuals in Ireland in need of transplants, and this would help them

There are three main branches of what philosophers call normative ethics, and consequently three general perspectives from which we might look at the ethics of an opt-out organ donation scheme – deontology, consequentialism, and virtue ethics.

Deontology, in the mould of philosophers like Kant, emphasises rules and duties in determining what action is ethical. Consequentialism is focused on outcomes, so an action might be determined a good or right one if it has good consequences; for example, increased numbers of organ donors. Virtue ethics, dissatisfied with both of the above approaches and stemming in the West from Plato and Aristotle, in the East from Confucius and Mencius, considers the centrality of virtues in undertaking moral action.

There are a number of different areas of virtue ethics, and much written on the potential application of virtue ethics to organ donation generally and opt-out schemes specifically. This sort of material is well worth reading if you are interested.

The majority of people within our culture are consequentialists, though some are not aware of it. We generally think that an action is good if its consequences are good. It would follow that an opt-out organ donation scheme is good because there are suffering individuals in Ireland in need of transplants, and this would help them. There is no doubt that increased transplant rates (or, rather, increased rates of successful transplants) would indeed be a very desirable outcome. The question is whether, by prioritising consequentialist ethics, we might inadvertently violate an important principle.

The women of Ireland have only just achieved what we talk about as bodily autonomy, the idea that we own our own bodies. An opt-out organ donation scheme (even one which consults next of kin after a person’s death) might be seen as creating a scenario in which individuals are obliged to assert their self-ownership to the State, which of course they can do under the scheme. However, the act of making that assertion is an admission that self-ownership is no longer our default.

This potential change is very complex, and we should be talking about it.