The ‘x’ factor: is ending a text with a kiss flirtatious?

Not according to a judge’s ruling, but the letter X can be ambiguous. Is it best avoided? 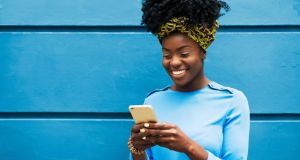 In the latest example of digital communications being difficult to parse – at least consistently – a judge has ruled that ending a text with a kiss (the letter x, that is, not an emoji) does not constitute flirting. In the case of this UK family-court dispute, a woman’s estranged husband had tried to argue that it did.

There is yet to be a universal established etiquette for digital communication, which is why people at the start of relationships screen-grab their paramour’s texts and forward them to their besties with: “BUT WHAT DOES IT MEAN?!” Or why you might spend an entire afternoon panicking in the loos, trying to work out whether your boss was being curt in an email or was just pressed for time (to take a totally random example that definitely did not happen).

Kisses are a particularly ambiguous sign-off. It’s a bit like hugs and air kisses in real life: some consider them a casual, tactile greeting, while others believe them inappropriate and overfamiliar. But the judge’s ruling in the aforementioned case hits the nail on the head: it is all about putting it into the context of the individual, their consistent style and personality.

If someone always signs off with a kiss, it is safe to assume that they are not IRL puckering up. But if your usually buttoned-up colleague starts ending emails with an x, it’s time to make a move – whether that be to a restaurant or to the other side of the office.

The problem is with people who scatter the letter x around freely, as if they have drawn a bad hand at Scrabble. Teenagers can put so many emoji and Gossip Girl-style xoxo’s in everyday texts that when they want to express real affection, they have to use uninspiring gifs of people making a heart sign with their hands. There are whole threads online dedicated to decoding the number of kisses at the ends of messages, and even debating whether lowercase or a capital are significant.

Perhaps the safest way to flirt in a message, then, is just to use old-fashioned words. “I like you,” for example. Anything but a dick pic. x – Guardian

‘People fear me as much as I fear them’: The reality of life under lockdown
Real news has value SUBSCRIBE