Which films will be up for next year’s Oscars? These ones will 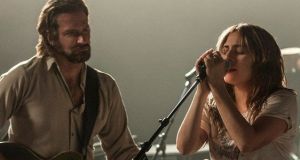 You haven’t escaped yet. Before awards season closes down for a month or two – it’s now almost as long as the football season – we beg your indulgence for our annual attempt to guess next year’s Oscar nominees.

This should be more difficult than it has proved in recent years. True, from a year’s vantage, few would have spotted Guillermo Del Toro’s The Shape of Water as a likely best picture winner. Yes, almost nobody would, from the same distance, have selected Moonlight as even a likely nominee.

Nonetheless, last year, writing at about the same time, we guessed four and a half (I’ll explain that half in a moment) of the nominees correctly. That was depressingly good work when almost none of the films had yet gone before audiences.

My most embarrassing omission was Jordan Peele’s Get Out. The film had already opened to glowing reviews – including a five-star rave from this newspaper – but I was not alone in thinking the Academy would reject a genre picture released before the previous year’s ceremony. No film with such an early release has won since The Silence of the Lambs in 1991.

We give ourselves that half-point for mentioning Steven Spielberg’s The Kidnapping of Edgardo Mortara. A few days after our predictions were published, Spielberg announced that he was delaying that project to make The Post.

Obviously, we would have not paused to place The Post in Mortara’s place. (Hey, it’s our game. We can make up our own rules.)

We also managed to predict Dunkirk, Darkest Hour, Phantom Thread and Call Me By Your Name.

That last film brings us to a conspicuous omission. We mentioned Call Me By Your Name because it had recently premiered to great acclaim at the Sundance Film Festival. That’s usually a sound predictor. Sadly, there were few quasi-mainstream smashes at this year’s event. So the place previously taken by pictures such as Beast of the Southern Wild, Whiplash or Precious goes begging.

In no particular order (and, no, I’m not buying this Black Panther talk) …

We start with a gamble. Martin Scorsese’s return to his home parish – De Niro, Pacino and Keitel reunite for the story of Irish hoodlum Frank Sheehan – is still marked down for a 2019 release by Netflix, but, if it is ready, we’re betting they will allow a limited theatrical release to qualify for Oscars. Could be the first ever best picture nominee to go straight to video in Ireland.

IF BEALE STREET COULD TALK

Jesus, James Baldwin could do titles. Right? Barry Jenkins’s follow-up to Moonlight stars Kiki Layne and Stephan James in an adaption of a much-loved novel by that author. There are few star names in the cast, but you could say much the same of Jenkins’s Oscar winner. Every available breath of wind is in its sails. The thing just needs to be good. It probably will be.

Do the maths. Damien Chazelle follows up La La Land with a film studying Neil Armstrong’s experience in the years leading up to the moon landing. The Oscar credentials could hardly be greater. La La Land may not have won, but it scored as many nominations as any film in the awards’ history. That film’s Ryan Gosling, twice a best actor nominee, plays the lead. As always, the film still has to deliver. But no ante-post prediction can exclude it.

Another film by a director with Oscar history. Steve McQueen, director of 12 Years a Slave, moves Lynda La Plante’s British TV series to the even meaner streets of Chicago. The surrounding personnel could hardly be classier. Viola Davis, Daniel Kaluuya, Liam Neeson and Robert Duvall star. Gillian Flynn adapts La Plante’s teleplay. Might prove too much of a genre piece to actually win, but if it’s good it’s in.

Chilean director Sebastián Lelio remakes his own wonderful 2013 saga for the English-language market. Julianne Moore now plays the divorced lady seeking an independent life in middle age. Moore is Oscar bait. Lelio’s A Fantastic Woman has just won the Academy Award for best foreign-language picture. Just about the only thing counting against it at this stage is its status as a straight remake (The Departed wasn’t quite that). Will almost certainly end with Moore dancing to the Laura Brannigan song. Who will resist that?

A STAR IS BORN

No, come back. There were many sighs and raised eyebrows when we heard that Bradley Cooper was going to direct himself and Lady Gaga in a fourth version of the durable tale of older star and his young(ish) protégé. Like the notorious Streisand take, this seems to be set in the music industry rather than Hollywood. The news that Warners have moved the release from early summer to awards season suggests that we have a competitor on our hands. (though see remarks about remakes above.)

Another film that writes itself straight onto the list. Following unexpected Oscar success with The Big Short, Adam McKay casts Christian Bale in the story of Vice President Dick Cheney. Expect a bitterly comic take on the rise of a sinister American original. The awards potential here is limitless. Bale has fattened up and gone bald. The overdue Amy Adams plays Lynne Cheney. Steve Carell is Donald Rumsfeld. Sam Rockwell is George W Bush. They’ll nominate it just to give the host monologue material.

Lenny Abrahamson did the nation proud with Oscar nominations all over the place for Room. He scored a nod for director. The film was there in Best Picture. Brie Larson won Best Actress. The Irishman’s latest is an adaptation of Sarah Waters’s serious ghost story in which a country doctor goes among a decaying family. Domhnall Gleeson, Ruth Wilson, Will Poulter and Charlotte Rampling star. Dublin’s Element Films are among the producers. It should be a contender.

Everybody who saw The Gift, Joel Edgerton’s debut as director, loved the pants off it. The Australian actor’s second film stars Lucas Hedges, Russell Crowe and Nicole Kidman in the story of a kid forced into a gay conversion programme. Oddly, alongside The Miseducation of Cameron Post, this is one of two 2018 releases to take “gay conversion” as their subject. Miseducation, an award winner at Sundance, could still figure, but it had its detractors.

We’re uncertain about this. Many are the French directors who’ve stumbled when making their first English-language feature. Oh well. Jacques Audiard’s western has everything else going in its favour. The director of A Prophet and Rust and Bone is nobody’s idea of a slouch. Patrick deWitt’s Booker-nominated source novel is greatly loved. John C Reilly, Joaquin Phoenix and Jake Gyllenhaal star. We’ll get a sense soon enough, as Audiard, a former Palme d’Or winner, is almost certain to premiere Sistersa Brothers at Cannes in May.